Home News Brad Pitt and Angelina Jolie Are in Good Terms as they began... 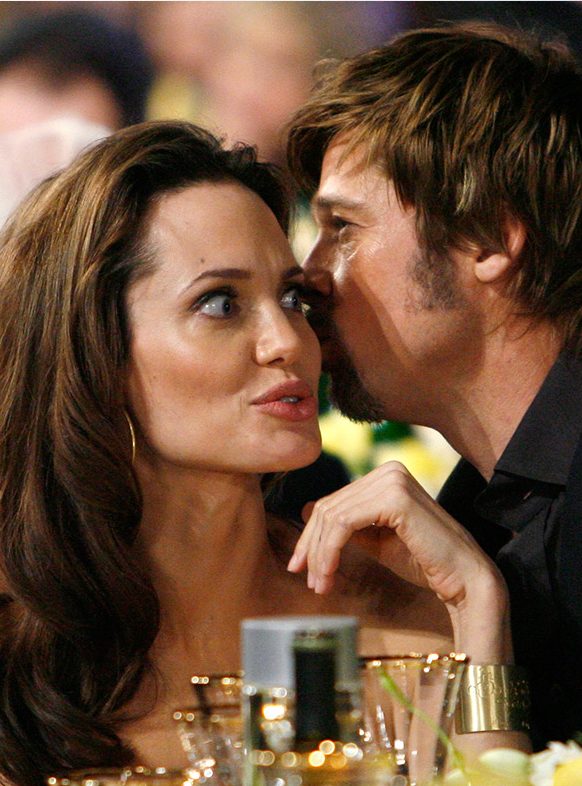 its been over two months since the estranged Former Couple Hired a Private Judge to deal with their Divorce documents and Custody rights to their Kids.
The Hollywood Celebrities where embroiled in over custody rights of their kids and its been a battle over two months as both parties exchanged words.

E! News now reports that, Brad Pitt, 53, and Angelina Jolie, 41, are once again communicating for the first time in a while.

“Things have calmed settled between Brad and Angelina. It’s not as tense as it had been,”They are focused on the kids and working to do what’s best for them.Brad has been able to spend more time with the kids.

He’s doing well and is focused on healthy, clean living. He’s in a good place.
As for Pitt and Jolie’s level of communication, an insider close to the actor says it’s limited but positive.

“They recently started talking again and it’s a significant step. Up until now everything was through lawyers and assistants,” the insider says. “

They did not speak at all after the plane incident and everything that went down in the press.”

The decision to communication directly came “at the recommendation of the children’s therapists and their own,” the insider says, and the amicable exes “are focused on the kids and taking small steps to mend what has happened.
Right now they are only speaking about the kids and their schedules, but it’s a positive step.”

“Brad hopes that they can be successful at co-parenting and get to a place where they can be friendly,” the insider close to Pitt tells E! News. “They both have agreed to put the kids first.”
READ ALSO
Photo of Kiddwaya working from his hospital bed, tells fans his ok