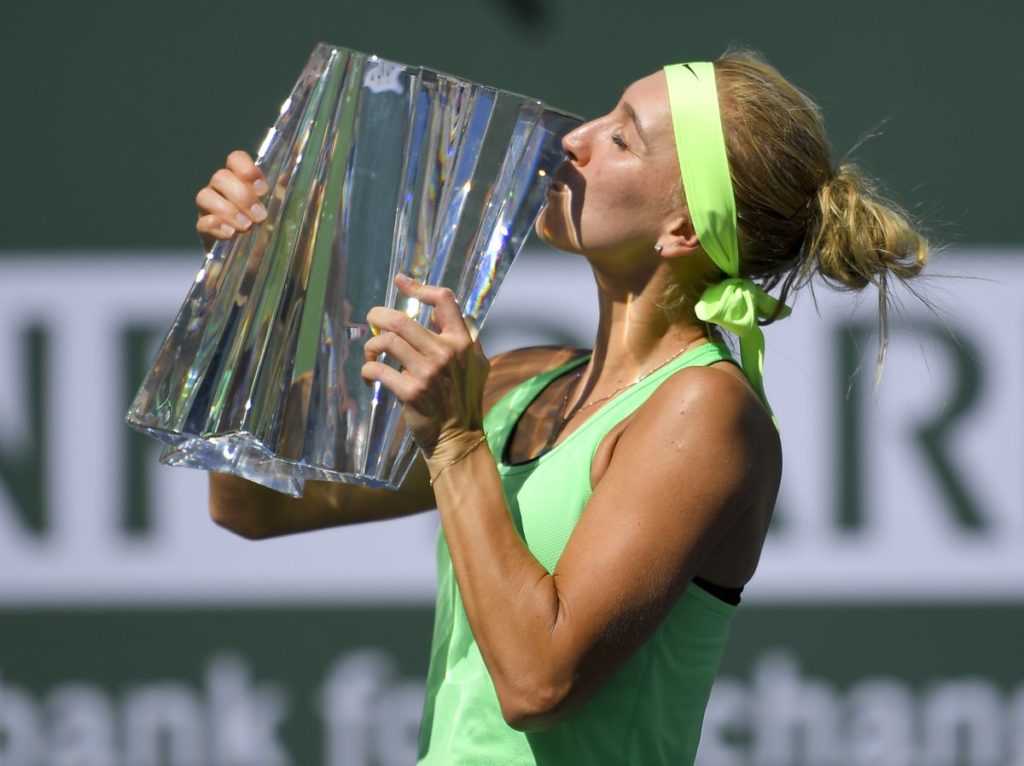 Vesnina had never advanced beyond the third round in singles, although she has won the doubles title at the desert tournament three times. She beat No. 2 seed Angelique Kerber and No. 12 Venus Williams on her way to the final, the biggest of her career at age 30.

Vesnina earned $1,175,505 for her third career singles title and will move up two spots to a career-high No. 13 in the world rankings on Monday.

The only other all-Russian women’s final was in 2006, when Maria Sharapova beat Elena Dementieva.