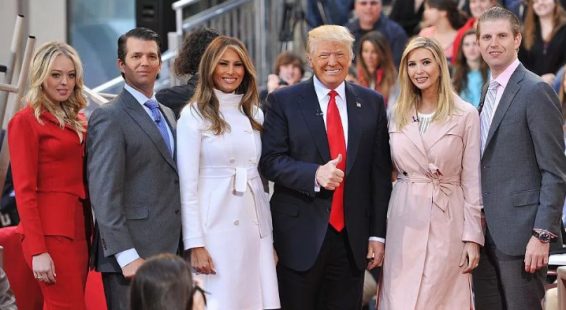 According to a Washington Post report, the agency recently requested an additional $60 million in spending for fiscal year 2018. Nearly $27 million of that was to be earmarked for security at the president’s private residence at Trump Tower in New York, where first lady Melania Trump lives with their 11-year-old son.
The Secret Service also said it needed another $33 million to cover travel costs incurred by “the president, vice president and other visiting heads of state.”

The Office of Management and Budget rejected the request which could potentially force the Secret Service to scale back on other operations, like investigations into cyber hacking, counterfeit currency, financial crimes or missing and exploited minors.
READ ALSO
Kerry Washington steps out in natural afro

Providing Secret Service details for the first lady and the rest of Trump’s family, including his four adult sons and daughters, has also led to mounting costs. Although this level of protection is standard for the first family, the specific needs of Trump’s older children have attracted scrutiny.

At a press conference this week, White House press secretary Sean Spicer said there was no hypocrisy here.  “Presidents always travel,” said Spicer. “The president, wherever he goes, he carries the apparatus of the White House with us. That is just something that happens.”