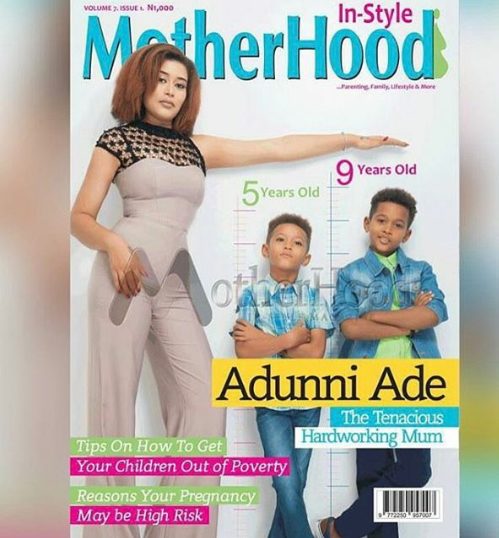 The Nollwood actress and Mother of two cute sons talked about her life after deciding to move back to nigeria with the burden of taking care of her two sons, a burden that made her concider commiting sucide at one point.

During her Q&S inside the Motherhood Magazine,

On why she’s not with the father of her children:

‘Well, I just had to make that decision though it took me a long time to realise or stop lying to myself that it was never going to work out even though I tried as much as I could.
..
‘I just decided that what’s best for me is to walk away and still be here and be with my kids and still have the opportunity of being the best mother possible, so yeah, I had to make that decision.

‘It was really tough, it was really painful; I think that hurt me the most out of anything that I have ever been through in my life, walking away was the hardest thing to do.’ 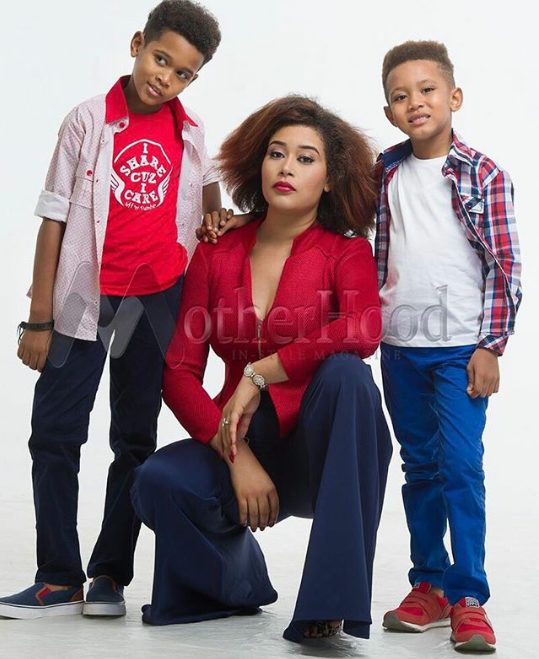 On overcoming depression
I think the major thing that got me through was the fear that somebody else would raise my children if I sat in that relationship, that was the scariest thing for me, that my kids would see somebody else as their mother. Depression is no joke.

‘A lot of people in this country, Nigeria, don’t want to admit that depression is an illness. People don’t know the extent to which it affects the mind. ..

‘Not a lot of people know this; in the past I have tried to commit suicide because it was just too much, just too much for me but I guess God loves me enough to still keep me here.’