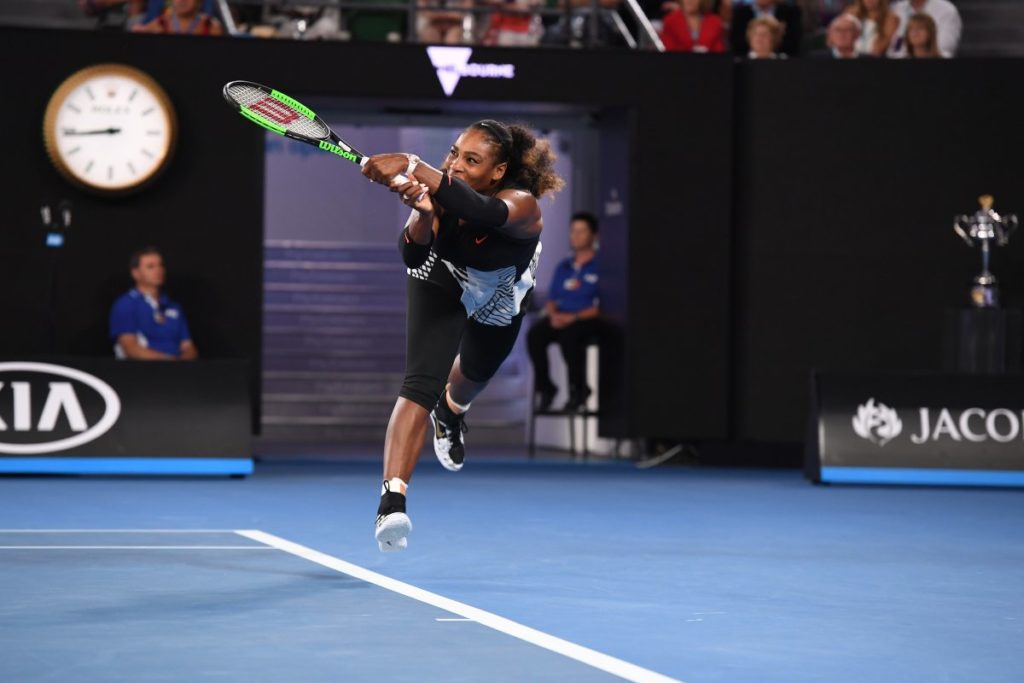 BUCHAREST, Romania (AP) — Ilie Nastase responded to the backlash from his comments about Serena Williams and his Fed Cup outburst, saying his remarks about the pregnant tennis great were “spontaneous” and his tirade inexcusable.

The 70-year-old tennis Nastase posted a statement on Facebook a week after he speculated about the skin color of the baby Williams is expecting.

“At the press conference I was asked what opinion I had about Serena being pregnant. I then found out for the first time (she was pregnant) and my reaction was spontaneous,” said Nastase, who is the captain of Romania’s Fed Cup team.

Nastase also said Williams was “one of the greatest players of all times and I know how much work goes into achieving these results.”

Williams is black and her fiance, Alexis Ohanian, is white.

Nastase was also criticized for swearing at player Johanna Konta and Britain captain Anne Keothavong during a Fed Cup match. He said he would not try to “defend my words, but I assure you that behind them was my desire to defend the interests of the Romanian team and Romanian tennis.”

Romania won the best-of-five series 3-2, but Nastase was banned by the International Tennis Federation.

Nastase called tennis not a sport but “my life,” saying his outburst meant “I managed to do what I didn’t imagine was possible, to feel that tennis was slipping away from me.”

“I know that nothing can really excuse my words, nor a high-level match, not the non-conformist attitude I am now known for, not the unfortunate amplification of the situation,” he said. “My life remains dedicated to tennis and its public and I ask you to accept, as much as is possible, my apologies.”

Despite the apology, he also took another shot at Konta.

“I think what happened was exaggerated from all sides. Nonetheless, Johanna Konta should not have spoken with the chair umpire, that’s what the team captain does,” Nastase said. “I asked her in a civilized way for some explanations and she sent me to the tribune where I was removed as captain. After this, the umpire suspended the match. I don’t know why the match was suspended.”

Nastase earned the nickname “Nasty” for his on-court outbursts and gamesmanship in his playing heyday in the 1970s. But it also described his game, which earned him two Grand Slam singles titles and more than 100 ATP titles. He’s a member of the International Tennis Hall of Fame.
READ ALSO
Nigerian Student-athlete, Oluwatoni Onikeku drowns Deerfield, Massachusetts

Violette - November 23, 2019 0
Female singer and songwriter, Simi has join her husband and fellow songwriter, Adekunle Gold to criticize the Nigeria Senator's on the proposed social media...

Johnson Olumide - July 8, 2019 0
Since the Launch of her Career on the Professional Stage of Tennis back in 1999, the 22 times Grand Slam Winner had never Looked...

Johnson Olumide - February 18, 2020 0
The two Sexy and Gorgeous Looking actress both attended the Dala Awards 2016 in Lagos and really got close, as both shared a Selfie Photo at the event. (adsbygoogle...