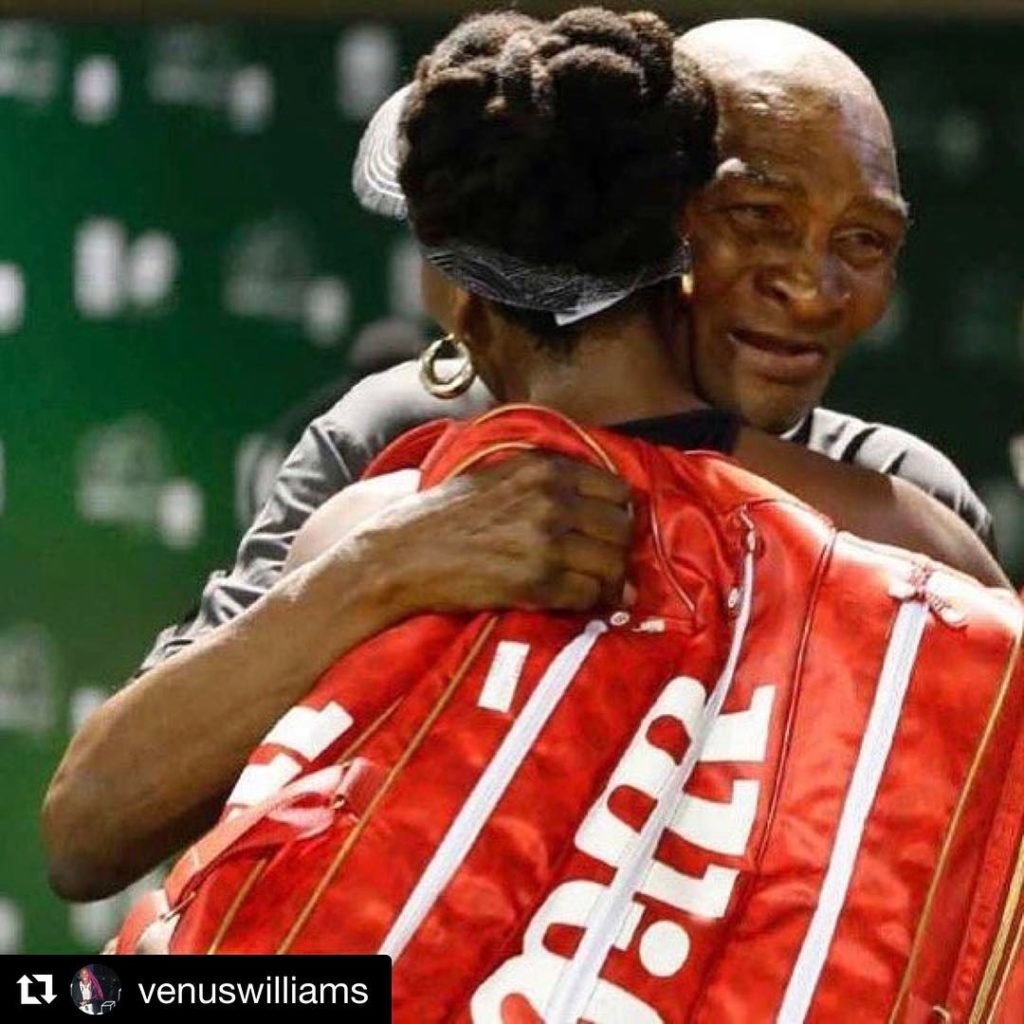 Venus was on a resurgence since 2017 kicked in and so far only two people in the women tennis has been ablr to Defeat so far this year, Her younger sister Serena at the Australian Open 2017 final.

Barely 24-hours after her lose, Venus posted a Photo of her Hugging her dad and captioned the Photo in the most emotional moment of real Love from a Father to a Daughter.
READ ALSO
Who wants to be a Millionaire’ Set to returns, dropped Frank Edoho as host

Johnson Olumide - March 2, 2018 0
OAP Gbemi Olateru took to instagram to express her displeasure after she saw an ad requesting for only an Indian tenant.Sharing a screenshot of...

Hilarious Photo of all the Past to the Present day governor of Edo State,...

Johnson Olumide - February 17, 2020 0
ROFL!! i mean people can be so mean and hilarious, Facebook got to be sued for allowing people to mess their government official up...

Johnson Olumide - March 21, 2020 0
Davido has joined the list of latest celebrity who seems to leave no stone unturned, as he surprises his girlfriend, Chioma with a lot...

Johnson Olumide - February 18, 2020 0
The 30-year-old Spaniard was all smiles yesterday has he won Gold at the Men'Double Tennis Final and this will be his second gold since...