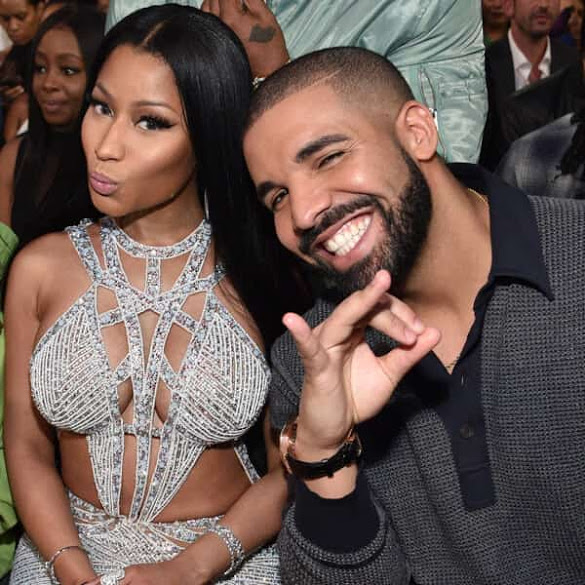 The two Rappers have been under the same music record and label for years and over the years the chemistry between this two cant be over emphasized.

Its been like a decade now in the music industry for both super stars, Nicki is the queen of rap worldwide while drake had also made a name for himself in the men’s rap category.

According to Elle, Drake and Nicki Minaj have a looooong history together. While they’ve gone from being “married” to not talking over the years (and there was that time Drake dropped an infamous diss track against her then-fiancé Meek Mill…) at the Billboard Music Awards, the two seemed tight.

While accepting an award, Drake started throwing out compliments to everyone. When he told Vanessa Hudgens she looked “incredible,” Nicki playfully got jealous, mouthing, “Excuse me what about me?!”

Then, he got a little more sentimental, saving the best shoutout for last.

“To Nicki Minaj, I’m so glad we found our way back, and I love you, and I couldn’t see it any other way,” he said, to which Nicki emphatically mouthed back, “I LOVE YOU.”