He is married to a 64 year-old, that is still not the news.
His wife was his class teacher 24 years ago…not still the news.

His then class teacher had a daughter who was his class-mate…everybody including his parents thought this teacher’s daughter was his girlfriend…nope they were wrong. 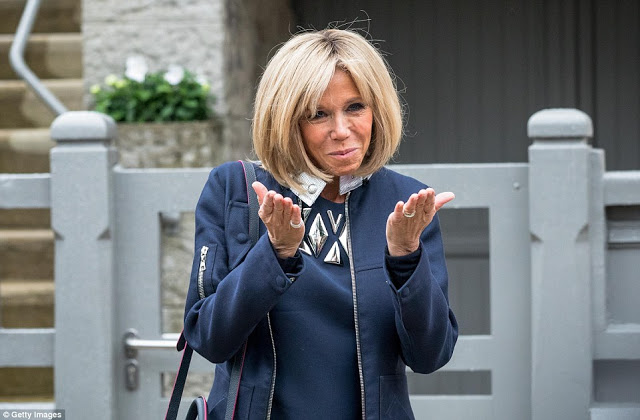 Next month he is going to be sworn-in as the President of France 6 months to his 40th birthday while his lovely wife who has 3 adult kids and 7 grandchildren (her first child is two years older than her husband while her second child, the former classmate/sweetheart is the same age as him). 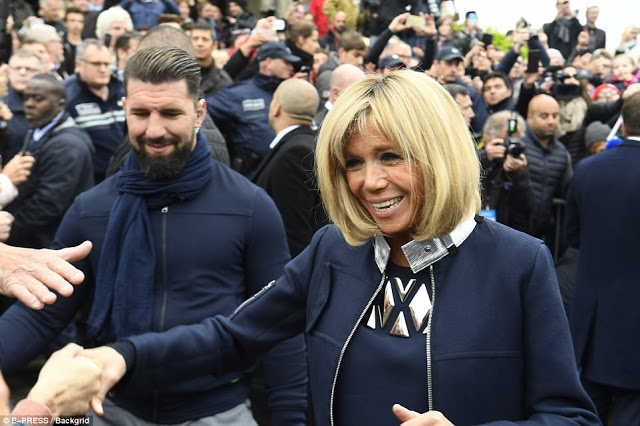 His name is Emmanuel Macron (39) and he is  now President of France.

According to misspetitteblog, The pro-EU politician Emmanuel Macron was tonight elected as France’s youngest ever president with a projected landslide of 65.5 per cent.

Macron, 39, beat far-right National Front (FN) candidate Marine Le Pen, 48, in an election that will have widespread repercussions for the future of Europe. 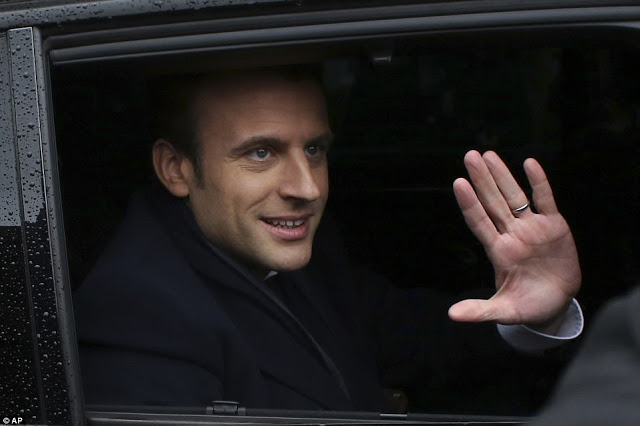 He celebrated with his wife and former teacher ,64 year old Brigitte Macron whom he fell in love with at the age of 15.