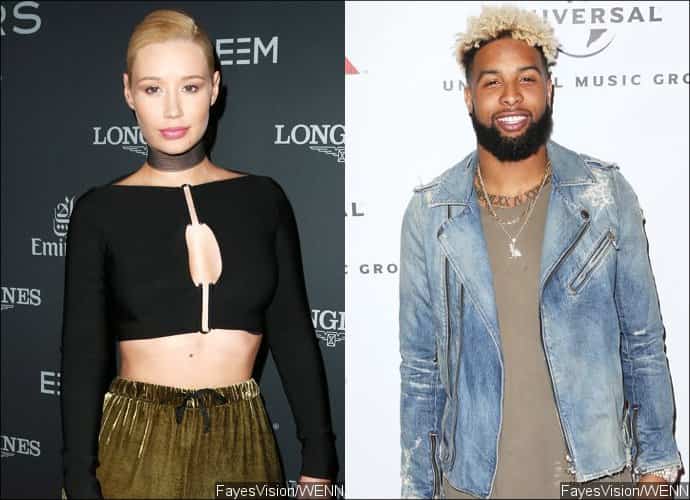 The Australian born Rapper has a thing for been in the news concerning dating issues every now and then, and this year alone its becoming more a norm for her to be rumored dating either another rapper, Music Producer or DJ.

And every time she reacts to such rumors with the i donk know  him answer.

Aceshowbiz reports, In a video obtained by the site, Iggy told reporters, “I literally don’t even know him.” The “Mo Bounce” raptrees explained, “He was at my friend’s party and we took a picture with a bunch of people. That’s it. I’ve not even had a conversation with him.” On top of that Iggy revealed that she’s not even a fan of football.

Previous report claimed that Iggy was getting cozy with Odell on a romantic bowling date in L.A. earlier this week. An alleged eyewitness said that the two “were with a small group of friends and rented the full venue out for their group, just having fun, bowling and eating throughout their visit.”

“Odell and Iggy munched on yummy chicken skewers, chicken tenders, pigs in a blanket, and assorted dessert,” continued the source. At first, Odell seemed like he wanted to remain private, but the New York Giants star later got flirty with Iggy, claimed the source. “They were sitting together away from the group, chatting and laughing.”

The alleged lovebirds were then said flaunting PDA in front of their pals. “Odell and Iggy were being romantic with each other throughout their outing-giggling and cozying up to each other,” according to the insider. They all left together shortly before midnight.
READ ALSO
Hotter than Fire as Eva Alordiah flaunts hot bod in red swimsuit