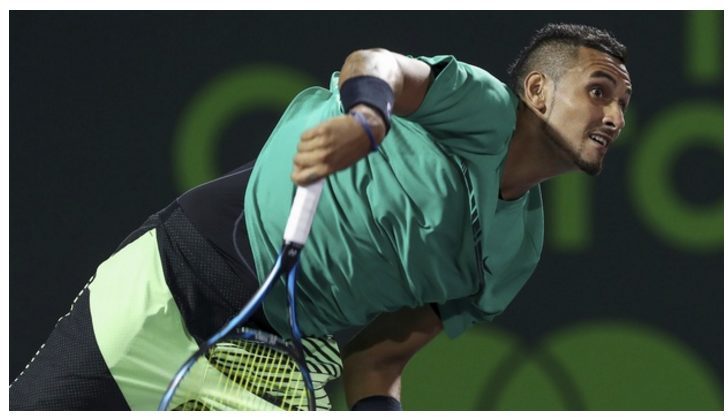 ROME (AP) — Nick Kyrgios has withdrawn from the Italian Open with a hip injury.

Tournament organizers made the announcement Tuesday, shortly before the 18th-ranked Australian was to face Roberto Bautista Agut of Spain.

Kyrgios will be replaced in the draw by lucky loser Alexandr Dolgopolov of Ukraine, who lost in the final round of qualifying.

Kyrgios also withdrew from the doubles tournament at the Foro Italico, where he was to pair with Fabio Fognini of Italy.

The announcement comes less than two weeks before the French Open.

Kyrgios practiced at the Foro Italico on Monday.