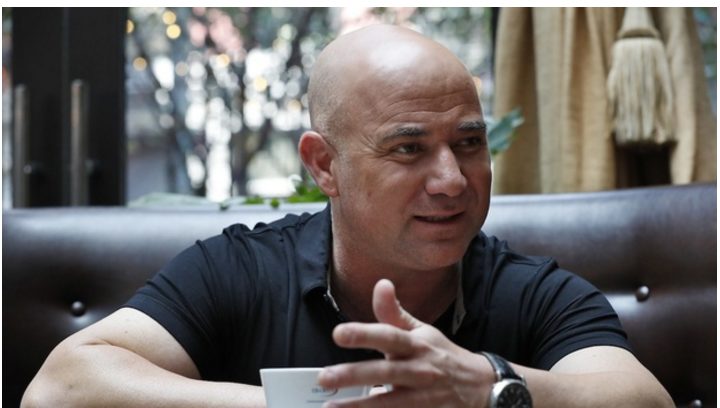 ROME (AP) — Novak Djokovic is joining forces with Andre Agassi in an effort to return to No. 1.

Djokovic announced Sunday that Agassi will coach him at the French Open, which starts next Sunday.

“I spoke to Andre the last couple weeks on the phone, and we decided to get together in Paris,” Djokovic said. “So he’s going to be there. We’ll see what (the) future brings.

“We are both excited to work together and see where it takes us. We don’t have any long-term commitment. It’s just us trying to get to know each other in Paris a little bit,” Djokovic added. “He will not stay the whole tournament. He’s going to stay only to a certain time, and then we’ll see after that what’s going to happen.”

The second-ranked Djokovic split with longtime coach Marian Vajda and two other team members — fitness coach Gebhard Phil Gritsch, and physiotherapist Miljan Amanovic — at the start of the month.

“Andre is someone that I have tremendous respect for as a person and as a player,” Djokovic said. “He has been through everything that I’m going through. On the court he understands the game amazingly well. I am enjoying every conversation that I have with him.

“But also, on the other hand, he’s someone that nurtures the family values, philanthropy work. He’s a very humble man, is very educated. He’s a person that can contribute to my life on and off the court a lot. I’m very excited to see what is ahead of us.”

The pairing is the latest in a series of top players working with former standouts, from Andy Murray and Ivan Lendl, Rafael Nadal and Carlos Moya, and Kei Nishikori and Michael Chang.

Djokovic was coached by Boris Becker the last three seasons but they split last year.

Vajda started working with Djokovic in 2006.

Djokovic lost his No. 1 ranking to Andy Murray last year after a slump in form following his French Open triumph.

He lost in the third round at Wimbledon, his earliest defeat in a Grand Slam in seven years, lost in the first round at the Rio de Janeiro Olympics, reached the final of the U.S. Open, and lost early again at the Australian Open.

Djokovic finished 2016 at No. 2, his current ranking. He’s won only one of his last 11 tournaments.

While Agassi has not coached a top player before, Djokovic said his record as a player and spokesman of the game was enough to convince him.

“He’s a legend of our sport,” Djokovic said. “He’s made a mark in this sport forever. He’s won everything there is to win in tennis.

“He was a revolutionary player because he had this charisma, he had this approach to tennis and to life that was quite different from others. That’s why he was so interesting.”

Agassi has already been offering advice on the phone.

“He’s been definitely following up closely all the matches, the big matches, especially on the TV,” Djokovic said. “So he knows players, he knows everyone that I was playing against in (the) last couple of weeks, so we talked before every match.

Djokovic added, “I already feel like we are very kind of close to each other and creating this nice vibe.”