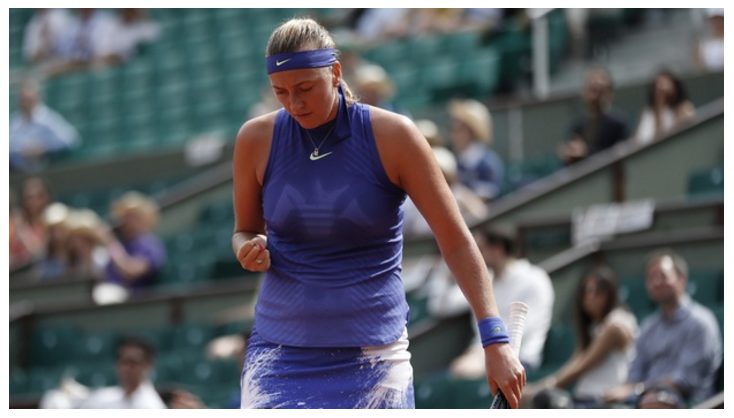 PARIS (AP) — Only two months after picking up her racket for the first time following a knife attack at her home, Petra Kvitova will be playing at the French Open.

The two-time Wimbledon champion said Friday she will make her comeback at Roland Garros, although she still lacks power and strength.

“I knew this day would come,” said Kvitova, who was attacked by an intruder last year. “I’m really happy that really here, the dream comes true.”

Kvitova has missed all season while recovering from surgery on her racket-holding left hand. She sustained damage to the tendons in her left hand, along with injuries to all five fingers and two nerves, during the attack.

Doctors initially thought she would need more time before returning to tennis. But Kvitova’s recovery was faster than expected and she said last month that she was signing up for the French Open, which begins Sunday, in hopes of being able to compete.

“It wasn’t easy, but I’m happy that I work through this and I can play tennis and I can be in the draw,” she said.

Kvitova, who won the Wimbledon title in 2011 and 2014 and climbed as high as No. 2 in the WTA rankings, was not allowed to speak about the attack itself because a police investigation is still ongoing. However, she spoke about the anxiety associated with her dreadful experience.

“I didn’t sleep well the days after, but I wasn’t really staying alone,” she said. “From the beginning I was really feeling really weird when I went in the city or somewhere. I was always staring to the guys and looking if there are no strangers there. But with the time, it’s better.”

Kvitova also provided details on the intense rehabilitation process that preceded her “last-minute” decision to try her luck in Paris.

“I worked very hard behind the scenes,” she said. “From the beginning I had this hand in a splint for two months, and even then I was practicing every day, always putting the splint away and trying to make this scar softer. So from the second day after surgery I started to work with that, which was kind of easy, just passive work with the fingers. I couldn’t move them.”

Kvitova got rid of the splint after two weeks and started to move her fingers slightly. She said she can’t still move them completely.

Kvitova also consulted with a hand specialist in the French city of Grenoble every month and she started practicing with a racket at the end of March.

“I hit a few forehands with soft balls from the net, and it felt very, very weird,” she said. “I didn’t really have touch in the hand for holding the racket. I’m happy that I didn’t have to change any techniques or something. Everything seems OK. Of course the hand doesn’t have that power and the strength yet, but I’m working on it. Hopefully one day will be everything perfect.”

Kvitova will open her campaign on the red clay against 86th-ranked Julia Boserup. She is making her ninth appearance at Roland Garros, where she reached the semifinals in 2012.

“Not many people believe that I can play tennis again. So I’m happy that I can play,” Kvitova said. “I actually already won my biggest fight. I stayed in life and I have all my fingers.”