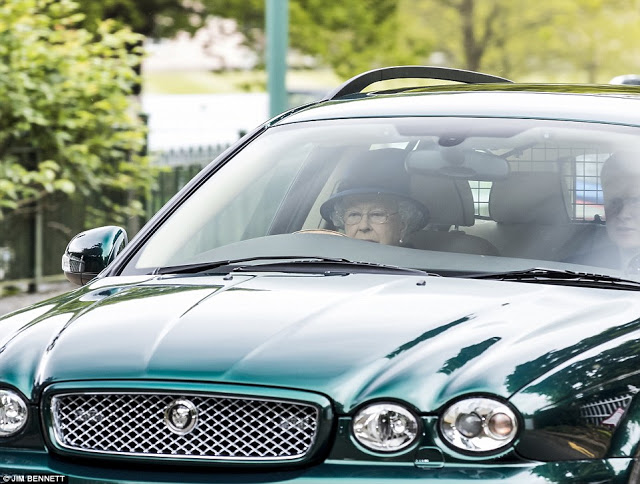 The 91-year-old British power house monarch was photographed driving herself alongside her bodyguard just days after her husband announced he could no longer carry out  his official duties due to his age. 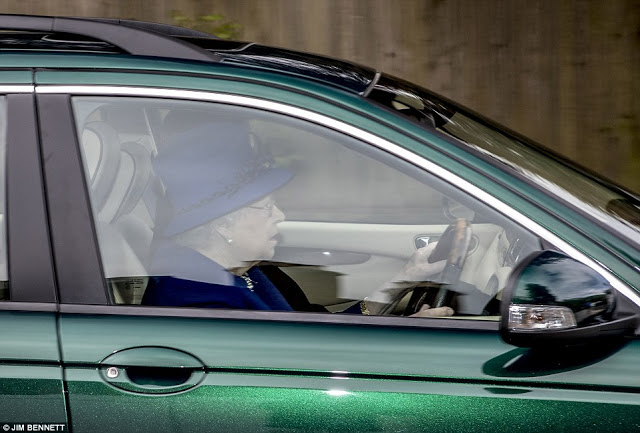 
According to Misspetitenaijablog, The 91-year-old was spotted driving home in her green Jaguar  from a Sunday morning service at the Royal Chapel of All Saints in Windsor Park .She was with with a security guard.