The Current world No 3 was so resilient in his game play and after losing the first set in a dramatic fashion picked himself up and took the second set to even at one all. 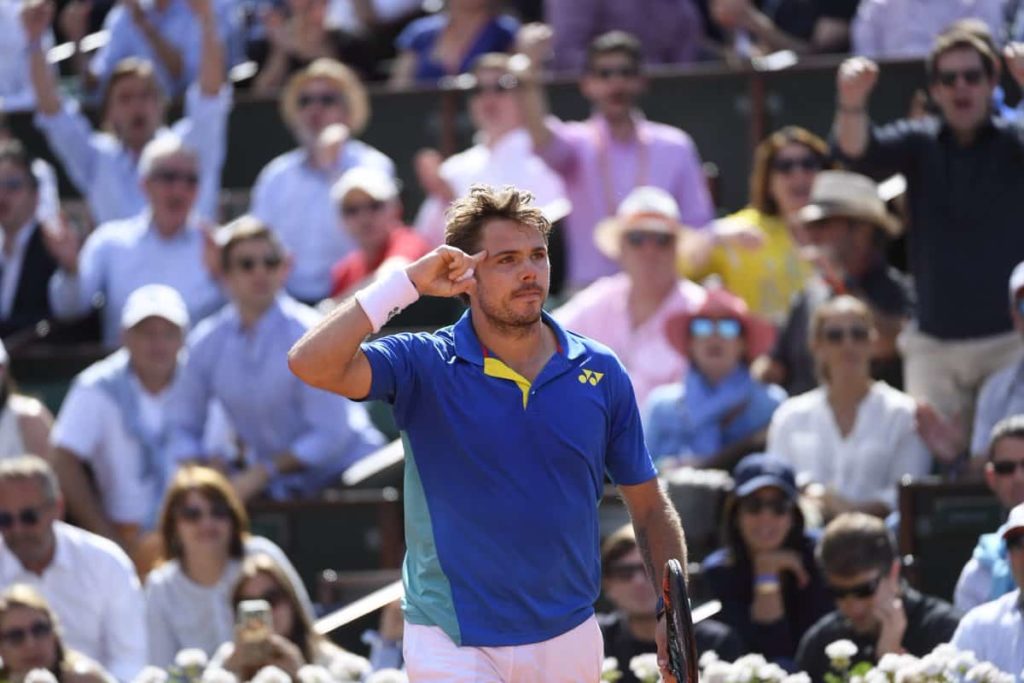 
The No. 3-seeded Wawrinka, a 32-year-old from Switzerland, reached the fourth Grand Slam final of his career. He’s won the previous three: at Roland Garros two years ago, the U.S. Open last September and the Australian Open in 2014.


A year ago at the French Open, Wawrinka lost to Murray in the semifinals. This time, Wawrinka managed to wear down the seemingly tireless Murray, himself a three-time major champion. It was a triumph of offense over defense, as Wawrinka used his sublime one-handed backhand and hammer of a forehand to send Murray scrambling and sliding all over the red clay at Court Philippe Chatrier for a tad more than 4½ hours.


Over and over again, Murray would lean, or even lunge, and somehow manage to put his racket strings on seemingly unreachable shots. Murray used plenty of drop shots and lobs, often to great effect. He deflected overheads. In sum, Murray generally made Wawrinka work so hard to get any shot past him.


Wawrinka ran away with the fifth set, taking 16 of the first 21 points and going up 5-0. He ended it, appropriately, with a backhand down the line, his 87th winner of the day, 51 more than Murray accumulated.


When he faces nine-time champion Rafael Nadal of Spain or No. 6 Dominic Thiem of Austria on Sunday, Wawrinka will be the oldest man in a French Open title match since Niki Pilic was 33 when he was the runner-up to Ilie Nastase in 1973.


Nadal and Thiem were scheduled to play in the second semifinal Saturday, after the stadium was cleared because separate tickets were sold for the day’s two marquee matches.

Adedokun Moses - December 20, 2019 0
Popular female vlogger Grace Ajilore has cause tension on social media as she post a sexy maternity pictures of herself to celebrate her birthday. Recall...

Johnson Olumide - December 20, 2019 0
Nigerian singer and man of the moment, Duncan Mighty recently took to his social media page to share a video of him, Davido and...

Adedokun Moses - November 22, 2019 0
Popular Nigeria Disk Jockey, DJ Cuppy has reveal that she's the most followed African DJ in the world. With the continent blessed with so much...