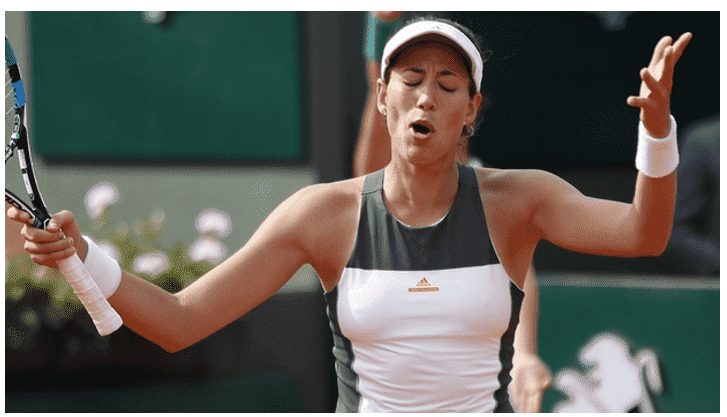 Garbine Muguruza, 2016 french champion suffered a painful defeat at the hands of france female favourite player Kristina Mladenovic as she lost 6-1, 3-6, 6-3.
According to PARIS (AP),Mladenovic managed to pull off the biggest victory of her career despite 16 double-faults, seven in each of the last two sets at Court Suzanne Lenglen on a windy day with the temperature in the 60s (teens Celsius).
Muguruza, who was seeded No. 4 in Paris, beat Serena Williams in the French Open final last year. She also was the runner-up to Williams at Wimbledon in 2015. But the Spaniard has been repeatedly answering questions recently about whether expectations are different now that she is a major champion and whether that sort of pressure might affect her on court.
The last repeat women’s champion at Roland Garros remains Justine Henin, who won the tournament three consecutive years from 2005-07.
The 24-year-old Mladenovic had never made it past the third round in Paris. She broke down in tears during her post-match speech to the crowd, which regaled her with chants of her nickname, “Kiki!”
The last woman representing France to win the country’s Grand Slam tournament was Mary Pierce in 2000.