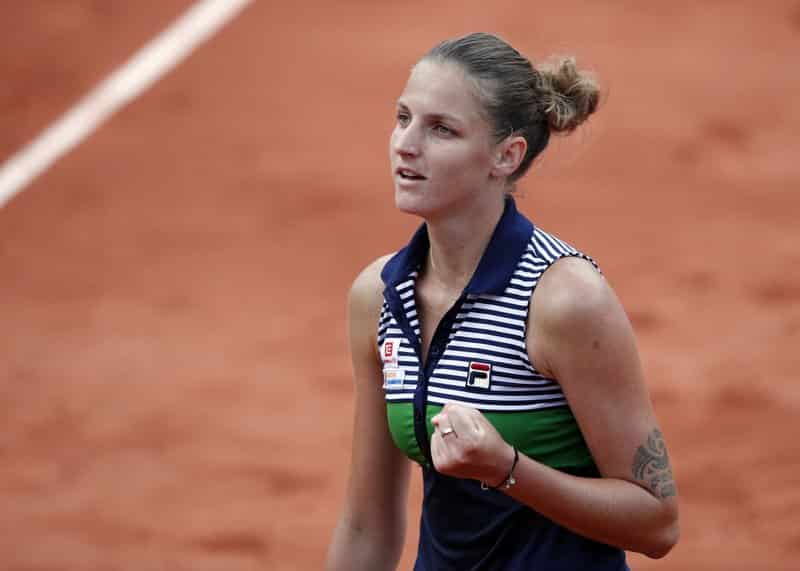 Second-seeded Karolina Pliskova of the Czech Republic reached her first French Open quarterfinal by coming back to edge 97th-ranked Veronica Cepede Royg of Paraguay 2-6, 6-3, 6-4.
Pliskova was the runner-up at last year’s U.S. Open. But she had never been past the second round in five previous appearances at Roland Garros.
Cepede Royg had a chance to pull off the upset, holding a break point while ahead 4-3 in the third set. If she had won that point, she would have served for the victory. But she missed a backhand, then put her hands on her hips and rolled her eyes.
READ ALSO
Shuga Star Actress and Criminology Graduate Dorcas Shola Fapson Celebrates 25th Birthday in Braless Photoshoot
From there, Pliskova took the next three points to hold serve, starting a match-ending, three-game run.

Another Emir of Kano installed after Sanusi was dethroned

Violette - March 9, 2020 0
The Kano State Government has announced the appointment of  the former Emir of Kano's son, Aminu Bayero as the new Emir of Kano empire.   The Ganduje...

Sabrina Peterson blast K Michelle after she sent her heartfelt condolences to Toya...

Johnson Olumide - July 8, 2019 0
There seems to be a lot of bad blood flowing between this two and  almost every woman in the Industry has one or two issues with...

Johnson Olumide - February 17, 2020 0
The Love and Hip Hop  Reality TV star Actress took to her Instagram to post this sexy and Raunchy photo-shoots of her promoting her new line of Lingerie. One of...

Adedokun Moses - December 20, 2020 0
The famous Cubana Night Club in Lagos have been sealed by the States Government after it failed to adhere to the Covid-19 guidelines that...

Johnson Olumide - February 17, 2020 0
The Woman in the Photo above is a Traffic Warden along the Intercession of the Yaba/Ebute Metta/Yaba-Sabo/Unilag-Onike Road Axis.   It's well known of her and well...