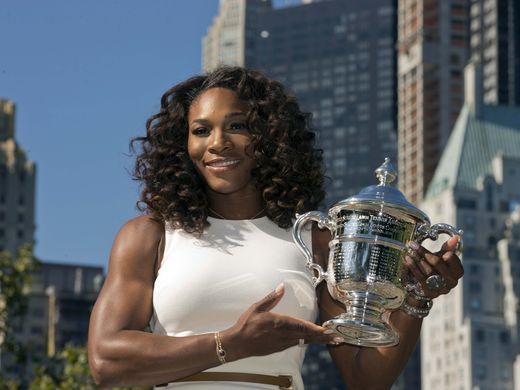 Billie Jean King, the only female player to win a “Battle of the Sexes” match against Bobby Riggs in 1973, said John McEnroe has been clamoring for a match with Serena Williams while speaking on the Boomer & Carton radio show on Thursday.


King came to McEnroe’s defense — to a degree — when discussing his controversial comments suggesting Williams, perhaps the greatest women’s player of all-time, would be ranked No. 700 on the men’s tour. King pointed out the fact that McEnroe was just answering honestly, and felt the problem lied with more women’s greats not being asked the same question as frequently.

“We never said we’re better than the guys in any way,” King said. “I think she’d be better than 700. But, the best women cannot beat the best men … ever. So we never argued that.

“If you go back to any of the women’s quotes. … Everybody always quotes the men unfortunately. They don’t quote us (women). Our quote is that we’re never gonna beat them. We don’t have the androgen that guys have, we don’t have testosterone, (men) have bigger hearts. … It’s a deal. Physically there’s no question.”

King’s win over Riggs in 1973 had transcendent effects on women’s athletics right as Title IX was taking its full shape. In 1992, Martina Navratilova played a “Battle of the Sexes” match against Jimmy Connors and lost.


“You just don’t go there,” Navratilova said Thursday. “You don’t go there. You just don’t gooooo there! There’s no need to go there. What the heck were you thinking? It’s that you were not thinking. That’s the problem. John has a knack for creating controversy where there is none. He needs to do it on his own dime, not at somebody else’s expense.”

This article originally ran on   usatoday.com