Home News Del Potro Withdraws From Queen’s Club, as he still recovering from his... 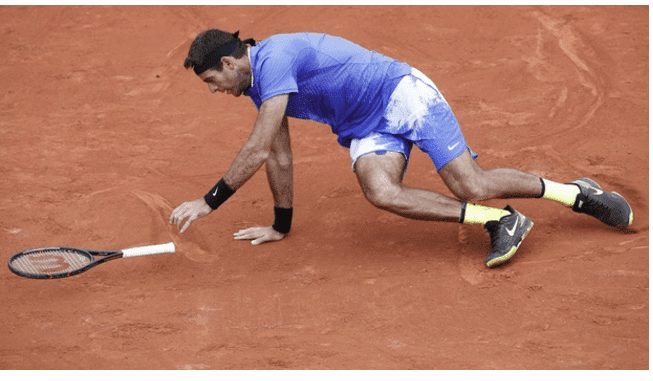 LONDON (AP) — Juan Martin del Potro withdrew from the grass-court tournament at Queen’s Club on Friday because of injury, putting his participation at Wimbledon in doubt.

Del Potro injured his groin at the French Open, where he lost to Andy Murray in the third round. He later pulled out of a tournament in the Netherlands because of the injury.

Posting on Twitter, del Potro wrote “following my doctor’s advice, I won’t be able to play Queen’s this year since I am still recovering from my injury.”

Del Potro reached the semifinals at Wimbledon in 2013 and won the U.S. Open in 2009. But he missed playing in major tournaments for 2 1-2 years because of three operations on his left wrist, returning to Grand Slam action at Wimbledon in 2016.

A few weeks after last year’s Wimbledon, del Potro made a surprising run to the final at the Olympics in Rio de Janeiro, losing to Murray and settling for the silver medal.