Home News Elina Svitolina suggested she might withdraw from Wimbledon Due to Her... 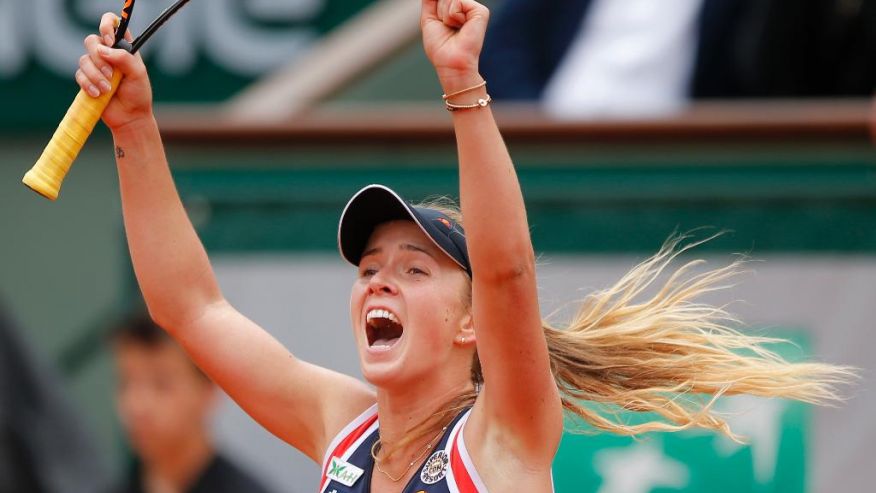 BIRMINGHAM, England (AP) — Elina Svitolina suggested she might withdraw from Wimbledon after a surprise second-round loss at the Aegon Classic on Thursday.

Svitolina, ranked fifth and the Classic’s leading seed after a host of withdrawals, was beaten by Italian qualifier Camila Giorgi 6-4, 4-6, 6-2. Giorgi has played three matches on the lush grass and attacked with imagination and flair.

Asked about Wimbledon, where she has only two match wins in four appearances, Svitolina said: “There is a question about it.”

She carries a foot injury. “I will talk with my physios. The season is very long and I must look at the bigger picture,” she said.


“The heel feels painful and is very sensitive. I am disappointed I am out of the tournament but I am not disappointed with my performance, as I could not show even 50 percent.”

Soon after came the defeat of Johanna Konta, the world No. 7 from Britain, who was outplayed by CoCo Vandeweghe 6-1, 6-3. The American recently broke into the top 20 for the first time.

Konta’s defeat means that a tournament which once had an entry list with seven of the world’s top 10, has now lost all of them, four through withdrawals and three with defeats.

Svitolina’s was nevertheless a well-contested and entertaining match for two sets, despite hints of drizzle and slippery patches which once caused a sprinting ball girl to take a very public fall.

But in the third set the Ukrainian served indifferently and appeared to lose heart, while Giorgi showed much of the self-confidence which two years ago helped her reach the top 30.

Giorgi appears to have a good chance of showing this was a genuine win, for she has a quarterfinal with a surprise survivor, Ashleigh Barty, an Australian making her first appearance in the main draw.

Garbine Muguruza, the former Wimbledon finalist, played an impressively forceful baseline game while beating Alison Riske, the American who has twice been a semifinalist, by 6-1, 6-4.

Muguruza played down her chances of going deep in a draw becoming more open by the day.

“Everything is equal right now,” she said.

Muguruza next plays Vandeweghe, who won the first set against Konta in only 20 minutes.

The tournament’s other former Grand Slam champion, Petra Kvitova, the twice Wimbledon champion, learned her quarterfinal will be against Kristina Mladenovic, the world No. 12 from France who spectacularly ended Muguruza’s French Open title defense a fortnight ago.

Mladenovic beat former semifinalist Zhang Shuai 6-4 7-6 (3). It included one extraordinary passing shot sliced at angle while falling over, the outcome of which she learned only from the crowd’s roar.

Violette - January 8, 2021 0
American rapper Da Baby has been arrested by police officers after a gun was allegedly found in his car. According to tmz_tv, the rapper...

“I am not an activist” – Comedian AY Silence Fans Who Asked Him To...

Violette - December 20, 2019 0
Nigeria comedian, Ayo Makun popularly known as AY has silenced a fan in an unbelievable manner after he was asked to protest against the...

Violette - January 4, 2021 0
Popular Nigerian model and actress Annie Idibia has decided to celebrate her daughter Olivia sixth birthday in grand style as she gifted her a...

“I would love to be called an Actor not a cross dresser” – James...

Violette - March 4, 2020 0
Fast rising Nigeria cross-dresser, James Brown has pleaded to be called an actor and not a cross dresser. James Brown who is gradually growing a...

Johnson Olumide - February 17, 2020 0
The Mountain of fire and Miracles Ministries on Sat gave out monetary rewards of N91m to its members who graduated in first class from...