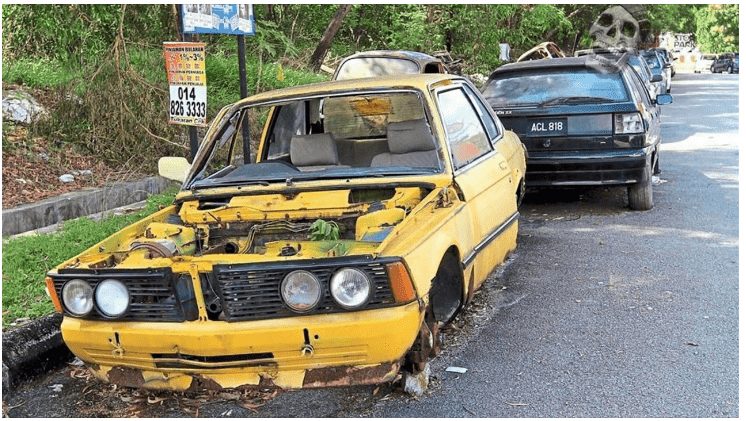 The Lagos State government has ordered the removal of broken down and abandoned vehicles from its roads, while issuing strict punitive measures for offenders.

This was made known in a statement released to the press.

‘In furtherance of its spirited effort to make Lagos State cleaner, healthier and more liveable, the Lagos State Government has established a special taskforce for the removal of abandoned and disused vehicles and tricycles littering the State.

‘Similarly, the State Government has appointed vehicular scrap collection agent in line with Section 56 sub-section (1) of the Lagos State Harmonised Environmental Law, 2017 whose activity will commence from Saturday, July 1st 2017.


READ ALSO: Serena Williams Becomes the Only Female Athlete on Forbes List of 100 Highest Paid Athletes in the World

‘Consequently, Lagosians are hereby notified of the operational procedure of the Taskforce as follows:

i. Pasting of Removal Notice Stickers on identified abandoned vehicles with a 7-day period for self-removal by owners of the vehicle

ii. Upon expiration of the grace period, identified abandoned vehicles will be removed by the taskforce to a designated depot within the State.

iii. Where such vehicles are unclaimed within 30 days, the vehicles will be forfeited to the government and undergo proper disposal accordingly.

Violette - November 13, 2020 0
Award winning singer and songwriter, Peruzzi have opened up on the release date of his album 'Rum and Boogie' as he continue to receive...

Rema drops another banger as he spits fire in new video

Violette - November 10, 2019 0
Nigeria fast rising rapper Rema is definitely one of the very good rappers in the entertainment industry when it comes to killing rap beats. The...

Anywhere Starboy Enter No Dey Close – Wizkid Says As He Open’s Up On...

Violette - November 10, 2019 0
Nigeria singer and songwriter Wizkid has make a shocking statement about the virginity status of female singer Teni. The two superstars have been causing uproar...