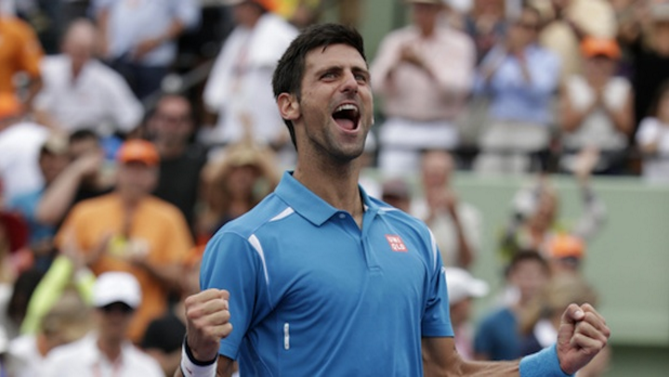 The top-seeded Djokovic saved two set points, on Young’s serve at 5-4 and on his own serve in the tiebreaker, and clinched victory with a return winner.

Djokovic will play Daniil Medvedev in the semifinals of the Wimbledon warm-up tournament on England’s south coast, after the Russian player beat fourth-seeded Steve Johnson 6-3, 2-6, 6-3.

Second-seeded Gael Monfils will play seventh-seeded Richard Gasquet in the other semifinal match on Friday.

In the women’s tournament, Angelique Kerber, Simona Halep and Karolina Pliskova – the top three seeded players – joined Johanna Konta, Caroline Wozniacki and Svetlana Kuznetsova in advancing to the quarterfinals, which were being played Thursday.