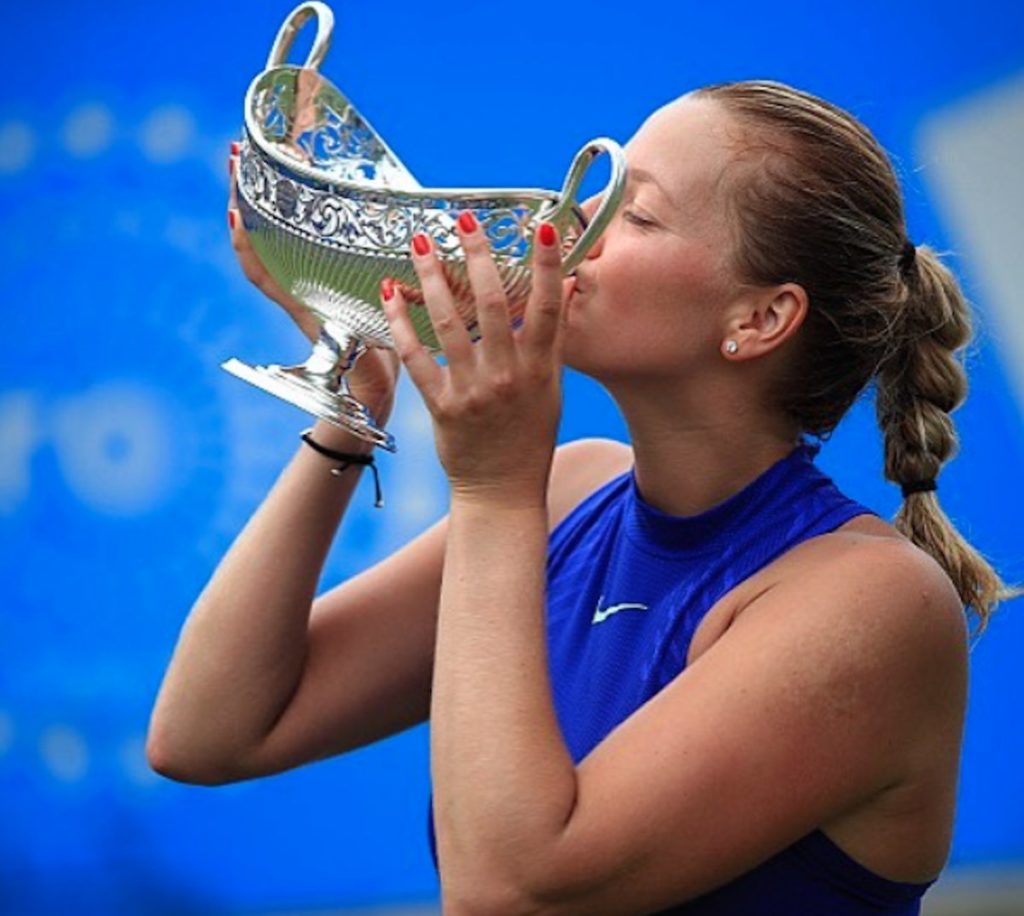 BIRMINGHAM, England (AP) — Two-time Wimbledon champion Petra Kvitova beat Ashleigh Barty 4-6, 6-3, 6-2 Sunday in the Aegon Classic final to win her first title since her playing hand was injured in a knife attack at her home.

Kvitova was playing only her second tournament and seventh match since she was attacked in December.

It was the Czech leftie’s first grass-court final since her triumph at 2014 Wimbledon and her 20th career title in her 27th final.

Barty was ranked at 271 at the start of the year. The Australian won her first career title in March in Kuala Lumpur, and became the first Australian finalist here in 25 years.

Ash Barty is back in action, this time switching from tennis to golf