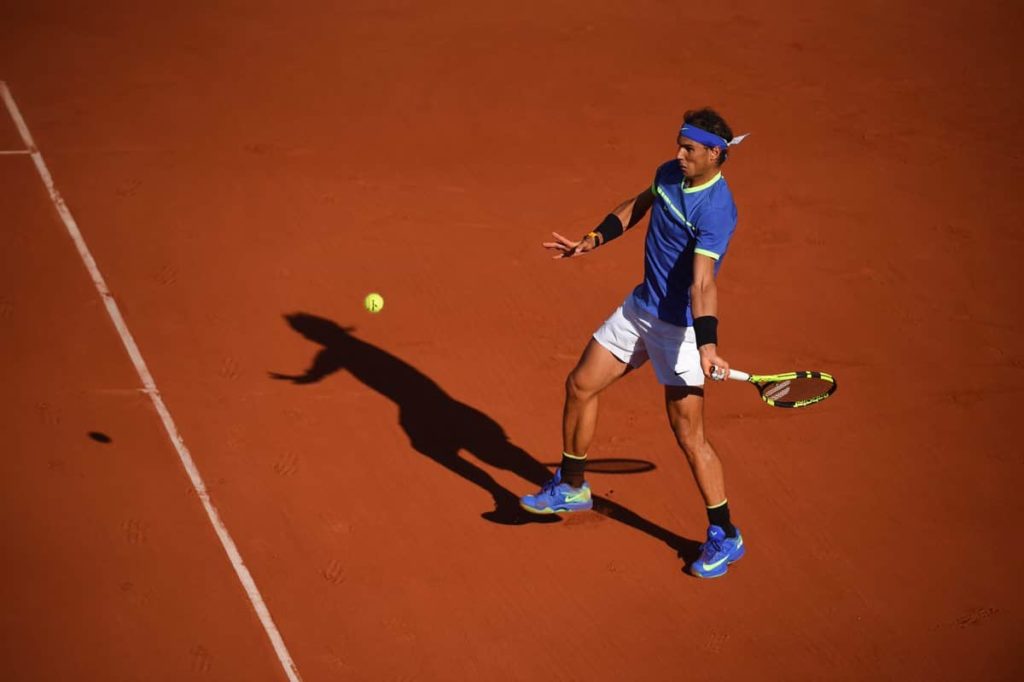 For a game that lasted just over two hours of play compared to the Andy Murray Epic loss to Wawrinka that went on for over 4 hours.


One can only say a grandmaster on clay had just thought his apprentice what makes him such a forced to be recokned with on clay court tennis.

PARIS (AP) — According to his longtime coach, Rafael Nadal did not play very well in his French Open semifinal.

Yet the nine-time Roland Garros champion dispatched up-and-coming Dominic Thiem 6-3, 6-4, 6-0 on Friday to reach his 10th final at the clay-court Grand Slam, extending his record for the most final appearances in Paris.

“Today he did not play very well. He played good, but he was a bit nervous and tense,” said Toni Nadal, who coached his nephew to 14 Grand Slam titles.

Facing a player who already had beaten him twice on clay, Nadal needed little more than two hours to secure his spot in Sunday’s final, where he will face 2015 champion Stan Wawrinka.

Nadal’s topspin caused problems for his sixth-seeded rival throughout the match, and his experience also paid off. He converted six of 10 break points, while Thiem took only one of his eight opportunities to break serve.

“He was up against a player in great form, who had just beaten (Novak) Djokovic and had not dropped a set,” Toni Nadal said. “I think that Rafael did not play at his best, but well enough. While the other saw a mountain in Rafael, and sometimes tried to hit harder than usually, and made more errors than he normally does.”

Back to his best level after being forced out of last year’s French Open by a wrist injury that hampered him the whole season, Nadal has been impressive over the past two weeks. He has yet to drop a set and has lost only 29 games in six matches, just two games off the record for the fewest games dropped in reaching a Grand Slam final in the Open era.

“When I recovered and my wrist got better, I was able to train and train well,” Rafael Nadal said at a post-match news conference. “I think with my team we did everything to take a fresh, good start. And again, fight hard. And now we are reaping the benefits of this.”

Back in the final at Paris for the first time in three years, Nadal is now just one step away from reclaiming his status as the King of Clay.

“Rafael has been playing very well the whole season, both on hard courts and clay. At the moment, he is the No. 1 in the race, let’s see what we can do at Wimbledon,” his coach said. “If he can play there without being troubled with his knee, it will be very important.”