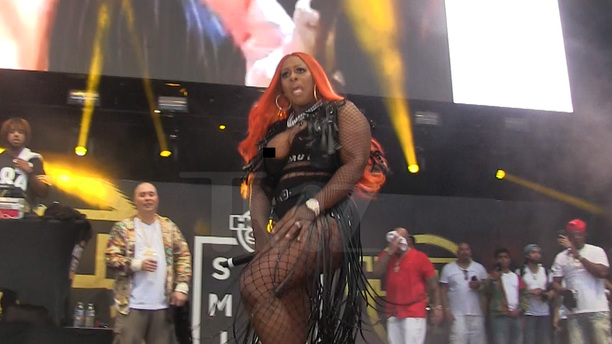 Remy Ma and her outfit stole the show at the Hot 97’s massive Summer Jam concert held at MetLife Stadium in New York.


SCROLL DOWN FOR VIDEO
The ‘Shether’ rapper who had claimed she was over the beef with Nicki Minaj ditched her initial statement and centred her entire performance on her nemesis. She performed her diss song ‘Shether’ and had a collation of Nicki’ photos and videos on the backdrop?

‘Fvvk Nicki Minaj!” She said at the point, and repeated the cuss words over and over again.


Selena Gomez Suffers Yet Another Wardrobe Malfunction as her Nip Slip in Plunging White Top
Well, that’s not all the entertainment Remy gave her fans at the event.


From one of the clips that has surfaced online, the female emcee is seen running across the stage as she sang her verse of ‘Lean Back’, but she only made it a couple of steps before her right boob popped out of her bra. 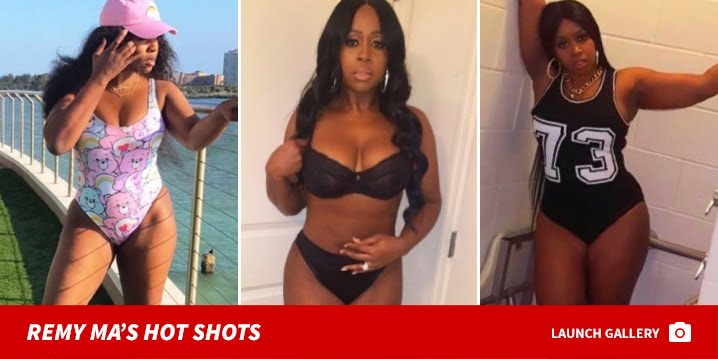 Many fans think she wore an outfit many sizes too small for her, making her look like she would exploded from the thin restraint. Others too, are worried that the beef with Nicki Minaj has stretched damn too long, tiring everyone one.