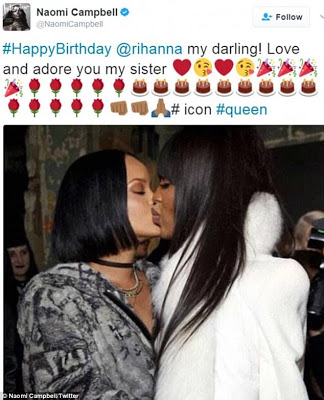 Super model Naomi Campbell and  ‘Wild Thoughts’ Singer Rihanna, who used to be close friends, sparked rumors of a feud when they unfollowed each other on social media last year. It has now been claimed that RIhanna’s new lover, Hassan Jamal, who is believed to be Naomi, Campbell’s ex, is the reason for the fight.
According to sources who spoke to The Sun, Naomi, 47, is not happy that 25-year-old Hassan chose Rihanna over her.

READ ALSO- Newly Married Agbani Darego-Danjuma flaunts bikini body as she enjoys a luxurious holiday on an island
They claim the supermodel who dated the Saudi businessman last year hates feeling like “second best”. Rihanna, on her part, has fallen so hard for the Toyota heir and is not willing to back down just to please her former friend. 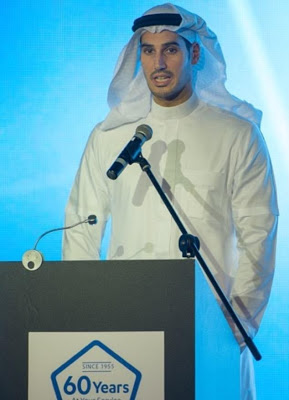 READ ALSO
E- Money's Wife Juliet Okonkwo Fires Shot At Harrysong
The source said: “They’re both formidable women. No one knows exactly what went on between Naomi and Hassan but she certainly doesn’t like being second best.”
They added:

“Rihanna is someone that falls hard for someone, and nothing can get in the way.”

—- Venus Williams at fault in fatal car crash that Killed 78-year-old Jerome Barson
Rihanna and Naomi’s fight reportedly began in 2015 when Naomi reportedly insulted Rihanna at a nightclub in Paris, resulting in a physical fight with Cara Delevigne. Naomi denied this on Twitter and so did her representatives. 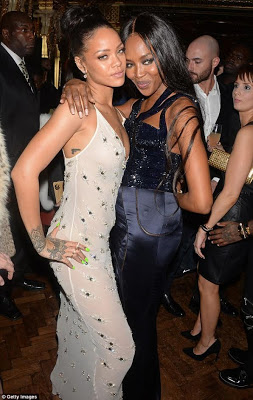 Yet fans noticed they unfollowed each other on both Twitter and Instagram last year and have not communicated on any online platform since then.
This article originally ran on   LindaIkeji
READ ALSO
Beyoncé slays in Red and Gold While Performing at Indian Wedding Event

Violette - June 14, 2018 0
A Yola High Court presided over by Justice Abdul-Azeez Waziri has sentenced five men to death for culpable homicide and for killing a herdsman. The convicts,...

Johnson Olumide - October 20, 2017 0
Seven soldiers have been ambushed and killed by the Boko Haram insurgents on Damboa Maiduguri highway. Legal adviser of the civilian JTF in Borno State,...