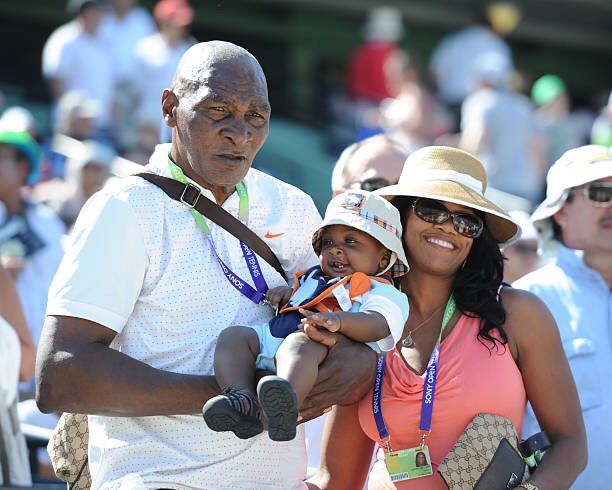 Richard Williams, father to tennis legends Venus and Serena Williams, has filed for divorce from his third wife Lakeisha Williams whom he shares a 5-year old son with. The 75-year old, who is 37 years his wife’s senior, is alleging that she has been committing forgery and stealing his social security checks.

According to the Miami Herald, Mr. Williams says that Mrs. Williams forged paperwork in order to deed one of her husband’s homes to herself as well as change the ownership of many of his cars over to herself. In addition to that, he alleges that his wife used his signature to obtain a $152,000 mortgage.

Richard also claims that Lakeisha is an alcoholic and left their child in his care after splitting from their marital home last year. Apparently she left him for ‘a new person’ who has ‘serious criminal, felony charges pending who could impose a danger to the minor child,’ according to the document.

Sandy Becher, who represents Lakeisha, calls Richard’s petition “outrageous” and denies the claims he made. “We categorically deny each and all the allegations he has made in the petition,” she said. “When the issues come before the court, they’ll be proven to be patently false.”