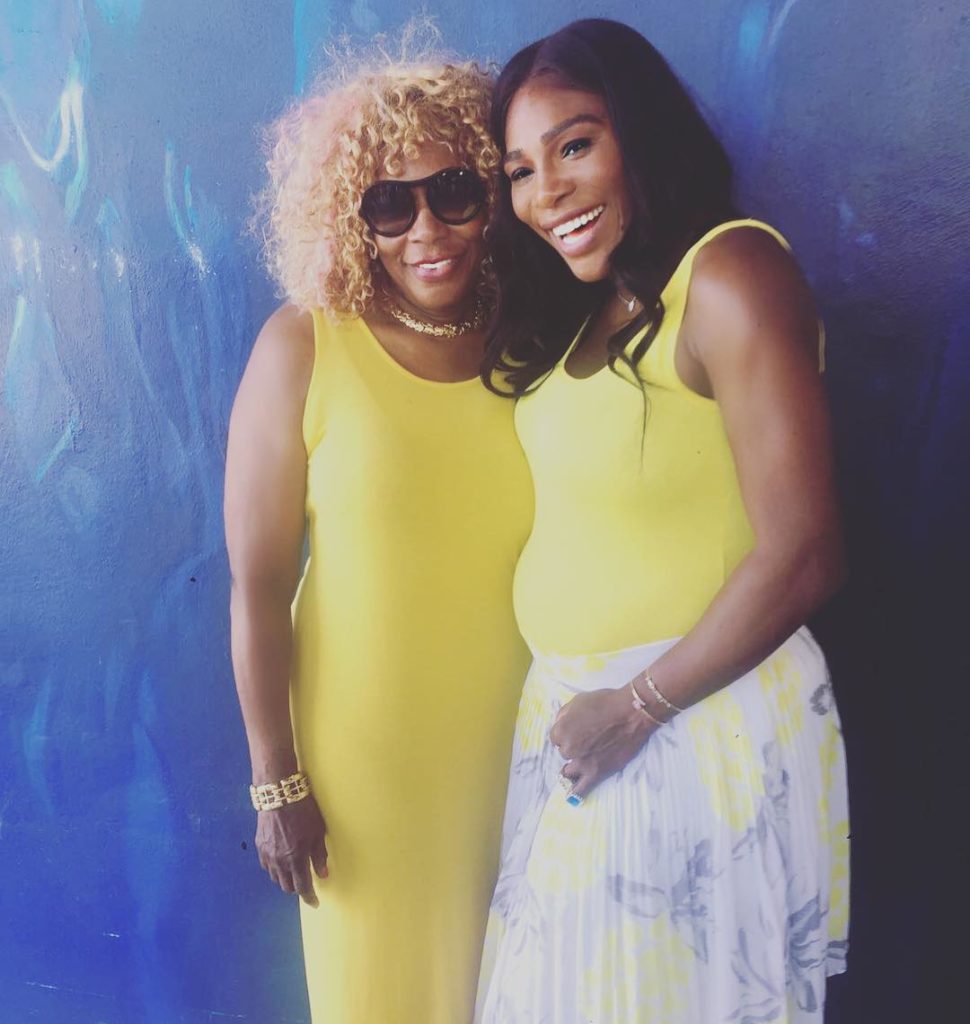 World number four Serena Williams seems to enjoy her break from Tennis by keeping in touch with her fans and followers on Social Media. She posted a picture on her Instagram handle where she is standing with her mom, showing her baby bump and the picture caption says, “My mom” Serena later took it on her Twitter account by posting the link to her picture.

Earlier in mid-April Serena revealed on the internet that she was 22 weeks pregnant. The tennis legend earlier in January clinched her eighth Australian Open after defeating her elder sister Venus Williams. Having won 23 Grand Slams in her career, Serena seemed to be in the best form of her career and looks unstoppable at the moment.

Serena, who did not feature in this year’s French Open, was present at Roland Garros to support her sister Venus Williams who was knocked out in the fourth round by Switzerland’s Timea Bacsinszky.

Serena also posted a snapchat video in April where she showed her baby bump and also posted an Instagram picture, which was deleted quickly.

US Open Tennis also congratulated the 35-year-old Tennis legend, saying, “Serena Williams will have a new pride and joy to hug and call her own soon! Congratulations on the exciting baby announcement!”