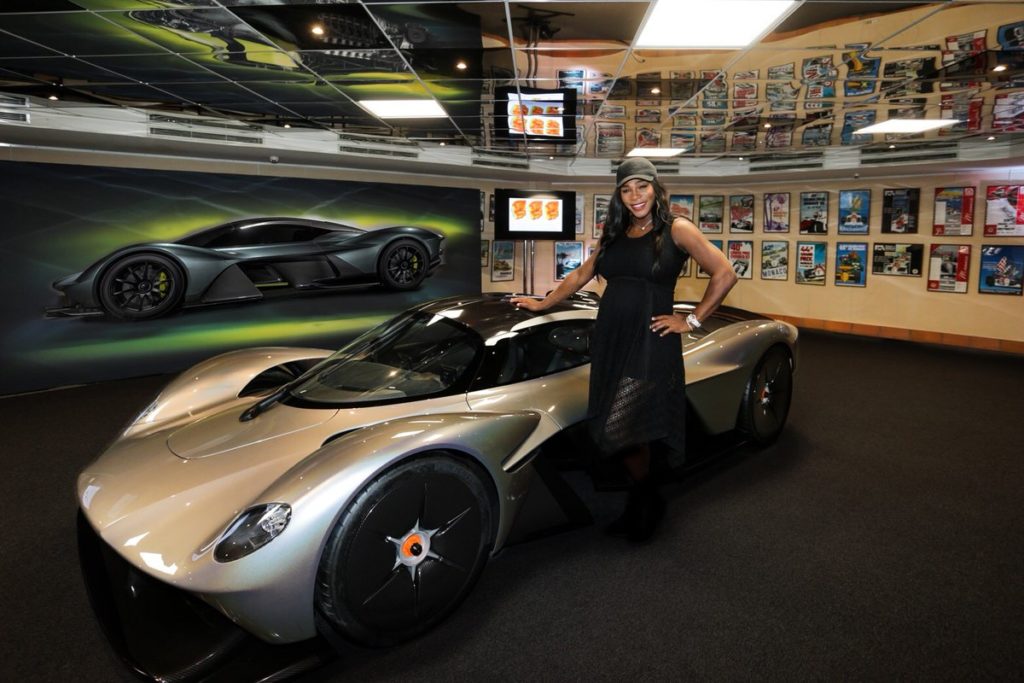 Serena Williams may be on a break from the tennis circuit, but she still knows how to make a smash.

The superstar athlete was featured in a tweet revealing what appears to be a first look at the production version of the upcoming Aston Martin Valkyrie supercar.

According to Road and Track, the photo was taken at a private viewing event for buyers of the $3.2 million car held during the Formula One weekend in Monaco in May. The car has previously only been shown in concept form.

The Valkyrie features a 1,000 hp hybrid powertrain comprised of a 6.5-liter V12 and Formula One-style kinetic energy recovery system. Its top speed is estimated to be over 250 mph.

The fashion entrepreneur became Aston Martin’s first celebrity brand ambassador in 2015, and holds the title of Chief Sporting Officer. (No, we’re not sure what that means, either.)

The company said that she was chosen because she was already an Aston Martin owner and had a true passion for the brand Based on a video of her on the track in a Vanquish, she sure looks like she knows how to drive one:
READ ALSO
Joseline Hernandez Bares it all New Video

Eddie Andy - May 15, 2018 0
‏ Curvy actress,  Princess Shyngle has shown that she is willing to do anything necessary to keep her her amazing figure intact. She posted a...

Violette - August 25, 2019 0
“Breathe T’Challa, breathe!” Unarguably one of the most talked about Marvel movies ever! The African themed movie is set to have a sequel soon. Marvel...

I didn’t sacrifice for my daughters to be a p*rnstar like me – Afrocandy...

Johnson Olumide - February 18, 2020 0
The Divorced Actress who had been married for over a decade is definitely enjoying life after marriage has she shared photos of her relaxing by the pool...