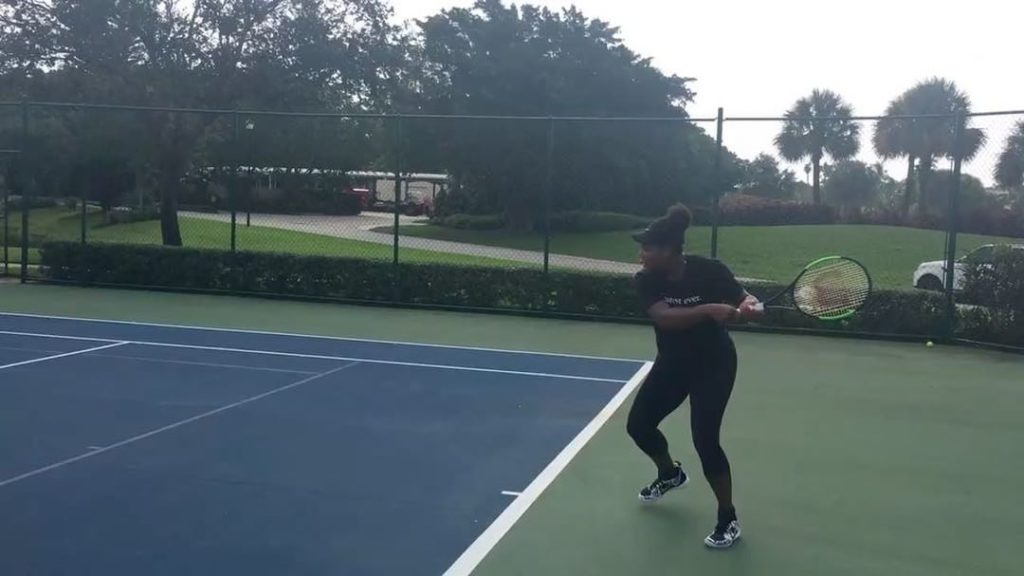 The 23 times Grand Slam Champion is still the G.O.A.T anytime even while Seven Months Pregnant with her first child along with Fiancee Tech Billionaire Alexis Ohanian Founder of Reddit Website.

According to TMZ, Serena Williams is such an insane athlete, she’s playing tennis while 7 months pregnant — and will still destroy all comers!!

SW is roughly 28 weeks with child (that’s the 3rd trimester btw) — but despite her growing baby bump, the tennis superstar busted out her racket and smashed some baseline forehands this morning.

Look who’s back! @serenawilliams is hitting again with some extra power from her ??!
?: IG serenawilliams https://t.co/S0wOhBSzLM #USOpen pic.twitter.com/KpkAmyFx62

To put it in perspective, Parents.com says her baby should be the size of an eggplant right now!

We already know she won the Australian Open while that human being was cooking inside her. Question is … how many people could she take down now?
Answer: pretty much everyone reading this.


Baseline tennis site adds, It’s no secret that Serena Williams is an elite athlete, but now she’s turning her greatness up another level. The 35-year-old hit the practice court while an estimated seven months pregnant.


The common misconception is that exercising while pregnant is dangerous, when the opposite is actually true. For healthy women without any medical issues, the American Pregnancy Association recommends physical activity and exercise for women that are expecting.


When will Williams be back on the court for good? Williams’ coach Patrick Mourataglou said it could be as soon as the Australian Open.


“For anyone, it sounds impossible, because it’s too short a time after you give birth,” Mouratoglou said. “But Serena is Serena. There is no rule that you can apply to Serena. She has a body that is not anybody’s body. She has a will that is also completely unusual. She is one of a kind.”


Williams is due in roughly two months. As women enter their third trimester, issues with balance and freedom of movement arise, but elite athletes like Williams are in a league of their own, and every body is different.


The general rule of thumb is to continue doing whatever physical exercise you did before conception (excluding contact sports, of course), as long as your body allows it.