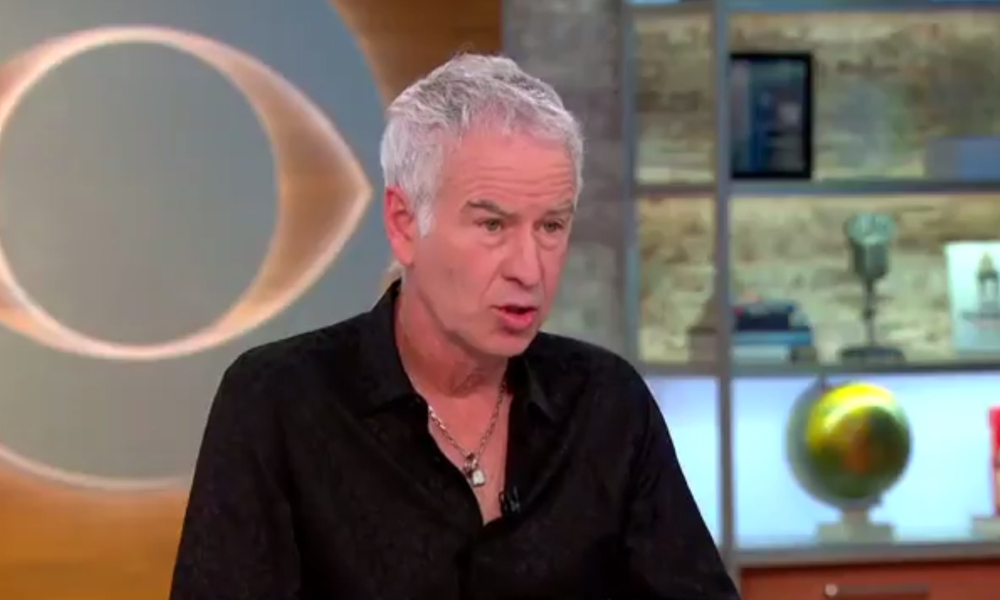 During an interview on NPR about his new book, “But Seriously,” McEnroe said Williams was the “best female player ever — no question,” but when asked why he qualifies it as “female,” McEnroe said “if she played the men’s circuit she’d be like 700 in the world.”

“CBS This Morning” co-host Norah O’Donnell asked McEnroe whether he’d like to apologize. McEnroe replied, “No.”

When asked why it was necessary for him to say that about Williams during his NPR interview, McEnroe said, “She’s the greatest female player that ever lived, then the lady said to me, I don’t remember which one, but she said, ‘why did you say woman, why don’t you just say the greatest, you know, tennis player that ever lived’ and so then I felt the need, however unfortunately probably, to defend myself. I don’t know, just say what I really felt, which is about what I think she would be.”

“Would you like to apologize?” — @NorahODonnell
“No.” — John McEnroe pic.twitter.com/BFN8w2EyfY

The former tennis bad boy said there may only be one solution to settle the debate.

“Why don’t you combine, just solve the problem — I’m sure the men would be all for this — the men and women play together and then we don’t have to guess,” he said.

McEnroe admitted that his comments about Williams were not necessary, and said, “I didn’t know it would create controversy.”

Williams took to Twitter on Monday afternoon to reply to McEnroe’s comments.

“Dear John, I adore and respect you but please please keep me out of your statements that are not factually based,” Williams wrote.
“I’ve never played anyone ranked ‘there’ nor do I have time. Respect me and my privacy as I’m trying to have a baby. Good day sir,” she said in a separate tweet.

McEnroe was asked about Williams’ response.

Where would the 58-year-old McEnroe rank himself on the men’s tennis circuit if he played today?