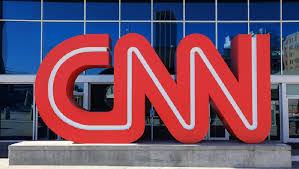 Three CNN journalists have resigned after the network retracted a story linking a top President Trump adviser to a Russian investment bank. CNN, which Trump has frequently referred to as “fake news”, has come under a lot of criticism since retracting the story and making apologies.

Thomas Frank (the author of the story), Eric Lichtblau (an editor in the CNN investigative unit that ran the story), and Lex Haris (who oversaw the unit) have all left CNN, the network made this known on Monday.

“In the aftermath of the retraction of a story published on CNN.com, CNN has accepted the resignations of the employees involved in the story’s publication,” a CNN spokesman said on Monday.

It is believed this move would help CNN’s legal position in case of a lawsuit. The retracted story connected Anthony Scaramucci, a top Trump ally, to a Russian investment fund run by a bank controlled by the Kremlin. CNN carried out an internal investigation and reportedly discovered that normal editorial processes weren’t followed in the story’s editing and publication.

It was also found that only one anonymous source was used in the story, and things such as fact checkers which CNN use in verifying their stories, were reportedly not used before publication. The network said that the result of the internal investigation does not necessarily mean that the facts of the story were wrong but the issue was that the piece was not strong enough to run as is.

Following the findings of the internal investigations and the retraction of the story, CNN added strict rules for its Russia coverage. The network also apologized to Anthony Scaramucci.

“On June 22, 2017, CNN.com published a story connecting Anthony Scaramucci with investigations into the Russian Direct Investment Fund,” CNN said in a statement.

“That story did not meet CNN’s editorial standards and has been retracted. Links to the story have been disabled. CNN apologizes to Mr. Scaramucci.”

A source close to CNN told BuzzFeed that the story’s publication was a “massive, massive f— up and people will be disciplined.”