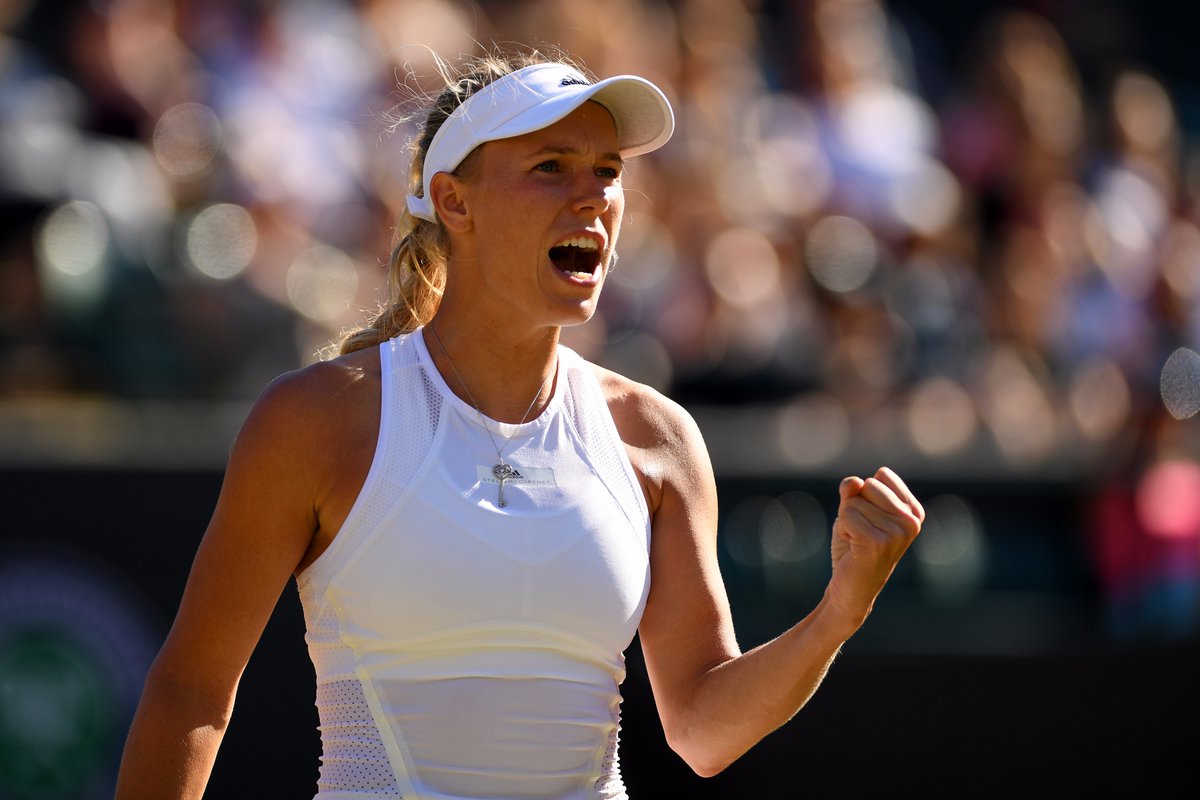 LONDON, Great Britain – No.6 seed Caroline Wozniacki found herself two points away from being out of the Championships, but managed to complete the comeback over an inspired Anett Kontaveit to reach the Wimbledon round of 16.

Wozniacki, who has reached four WTA finals in 2017 and is bidding for her first ever quarterfinals appearance at Wimbledon in 11 main draw appearances, came back from a set down to see off the young Estonian 4-6, 7-6(3), 6-2.

The 21-year-old Kontaveit came into the tournament having shown plenty of quality so far in 2017. She’s already posted big wins over Garbiñe Muguruza in Stuttgart and World No.1 Angelique Kerber in Rome, and earlier in the season she announced her presence as a Wimbledon contender by winning the first singles title of her career at the grass court tune up in ‘s-Hertogenbosch.

She showed the same fearlessness against the former World No.1 out on Court 1 for much of the first two sets. She worked her powerful groundstrokes to run Wozniacki ragged along the baseline, moving her side to side and before firing a signature forehand winner.

But Wozniacki dug her heels in and, after edging past the second set in a tiebreak, she played dominant tennis to break twice and see off Kontaveit after over two hours of play.

With the victory, Wozniacki will go on to face No.24 seed CoCo Vandeweghe, who earlier in the day out-served her American opponent Alison Riske 6-2, 6-4.

This article originally
ran on   wtatennis.com