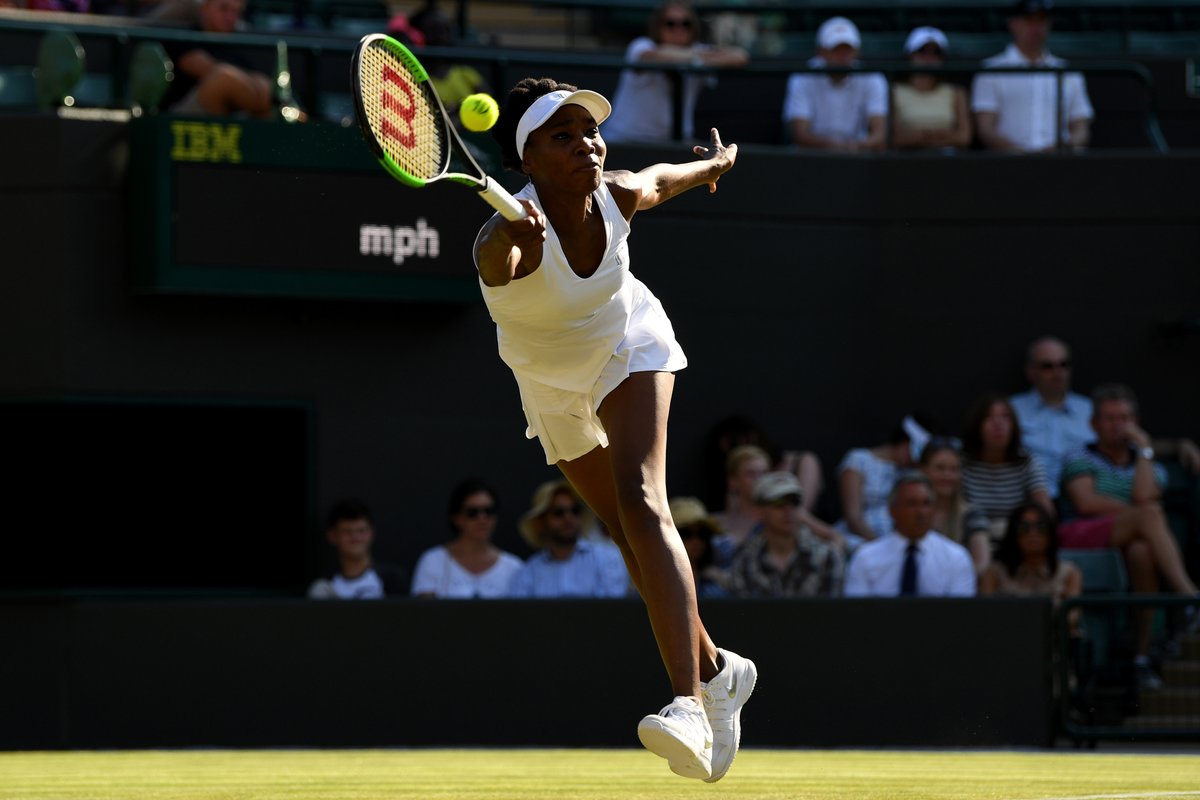 LONDON, Great Britain – No.10 seed and five-time champion Venus Williams survived a determined effort from China’s Wang Qiang in the second round of Wimbledon on Wednesday, rallying for a 4-6, 6-4, 6-1 victory.

The two played for the second straight Grand Slam, as Williams was victorious in a tight two-setter in the first round at Roland Garros, but was forced to rally from a set down on No.1 Court.

“Paris was straight sets [and] a completely different surface,” Williams said after the match. “I think she just toward the end of the first set started landing a lot of shots. I didn’t do a ton wrong. She just had an opportunity to be more aggressive. I had to at that point focus on the next two sets. She played a great match. She didn’t let go. When I had opportunities to break, she would play breakpoints, serve well.

“So I have to give her a lot of credit for pushing the match to the limit. I was happy in the third to have a couple breaks to have some room to close it out, so I think that helped. A lot of credit to her, and I hope of course it helps me in the Championships.”

From a break down in the first set, Wang won the last four games behind controlled, attacking tennis, even saving a break point in the ninth game at 4-4.

Behind 10 winners to just eight unforced errors, Wang nabbed a one-set lead as also she won over 70 percent of the points played behind her first serve – despite only landing 54 percent of them.

In the second set, both players largely cruised on serve in the early exchanges – aside from Wang needing to save two break points in a lengthy second game.

The unseeded Chinese player carved herself two break points in a pivotal 3-3 game, but saw Williams hang on to serve – and then break her on her third chance after building a 0-40 lead to claim the set.

Williams tripled Wang’s output of winners in her second set comeback – 15 to 5 – and was a pefect 7/7 in her trips to the net in a hard-fought middle frame. In addition, she dropped just one point behind her first serve, and dropped just five behind her delivery in total.

“Of course, there’s moments where your opponent seems to have momentum, but I was always thinking about how I could turn it and what I could do to turn it towards my way. That was my focus today.”
Venus Williams on rallying from a set down

In the third round, Williams sets up a much-anticipated meeting between herself and Japanese teenager Naomi Osaka, who shook off a second set bagel in upsetting No.22 seed Barbora Strycova, 6-1, 0-6, 6-4.

Said Williams on the teenager: “I have seen her play before. I think we play a really similar game. I hope that my experience will help me to play that game that we play better.”

This article originally
ran on   wtatennis