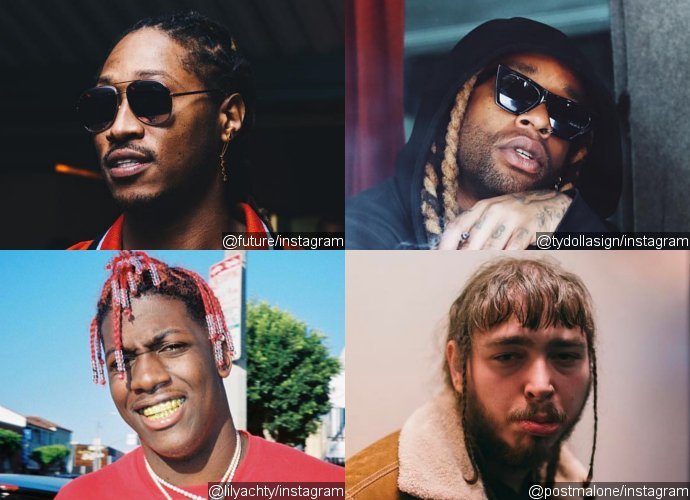 Future will officially bring out more special guests on his upcoming “The Future Hndrxx Tour”. After announcing that Wizkid would be joining him on the trek a few weeks ago, the Atlanta rap star has now revealed that Ty Dolla $ign, Lil Yachty, Post Malone, A$AP Ferg, Zoey Dollaz, YFN Lucci and Rich the Kid will support him on several dates of the four-month tour.

Future is truly a road warrior. He just wrapped up his “Nobody Safe Tour”, which saw him performing in 37 cities along with Migos, Tory Lanez and A$AP Ferg. However, the “Mask Off” spitter will hit the road again this summer from July through October to support his latest album “HNDRXX”.

He will headline Milwaukee’s Summerfest on July 8 before heading to Europe to visit several countries, including Portugal, Germany and Sweden. He will also perform on his first-ever shows in Africa as the tour includes two stops in Mozambique and Tanzania.

The 33-year-old rapper has a lot of material to bring on the road. Earlier this year, he released two full-length albums titled “Future” and “HNDRXX”. Aside from the tour, the rapper is set to take the stage at New York’s Meadow Music Festival on September 16 and Music Midtown Festival in Atlanta on September 17.

This article originally ran on   © AceShowbiz.com