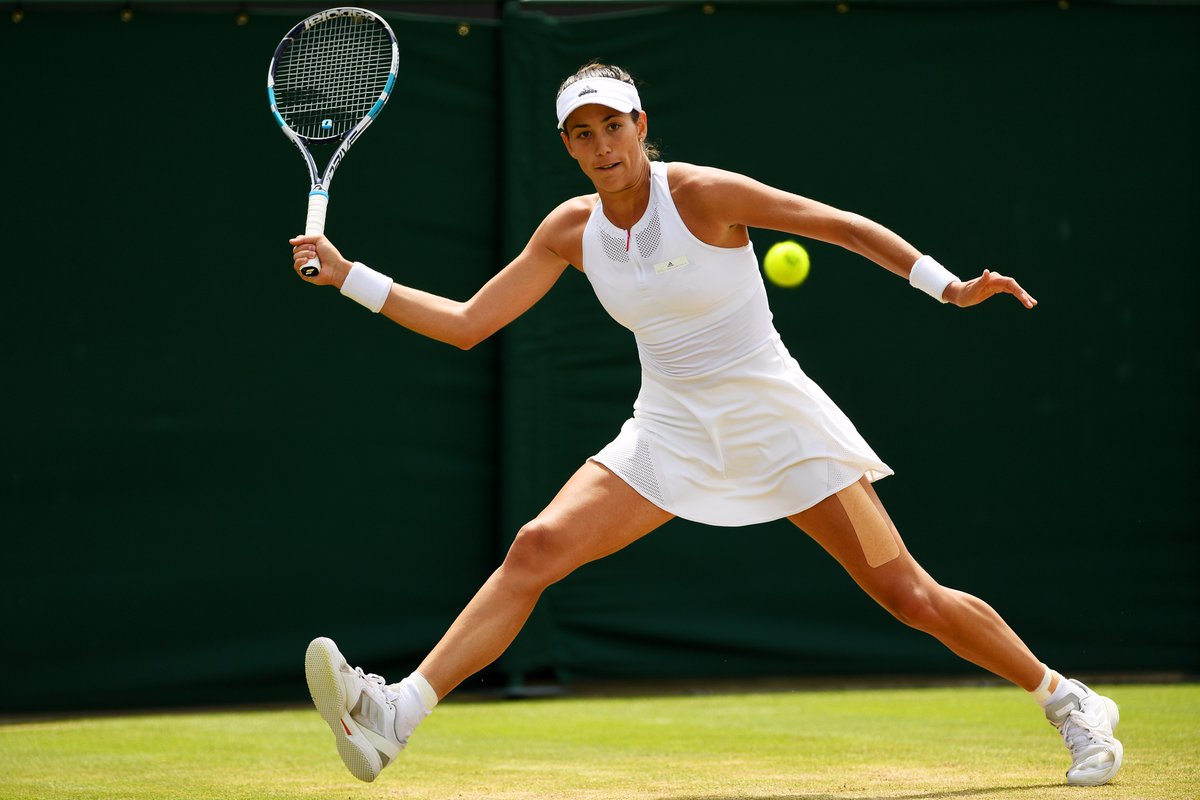 LONDON, Great Britain – A battle of two former finalists lived up to its billing on Wimbledon’s No.2 Court on Monday, as No.14 seed Garbiñe Muguruza ended top seed Angelique Kerber’s tournament, and reign at World No.1, with a 4-6, 6-4, 6-4 victory in the round of 16.

The ultra-aggressive Muguruza dictated proceedings in the two hour, 18-minute encounter, as she struck a whopping 55 winners to Kerber’s 27 – while also striking 50 unforced errors. In addition, Muguruza was successful on over 60 percent of the points when she forayed to the net, winning 35 of 54 total.

Kerber was a tidy plus-15 in her winner to unforced error ratio – 27 to 12 – as she forced the Spaniard to come up with her best time and again.


“When you have somebody that it’s so, you know, physically strong, so solid, the more you win free points or make it shorter, it’s better,” Muguruza assesed. “It’s also part of my game. Like I said before, I like to don’t wait 20 shots. You know, I go for it. Today I think was a key to make short points sometimes.”

With her fifth straight loss to Muguruza, Kerber will see her reign at No.1 end for now with a total of 34 weeks to her name – which ranks 12th all-time.

“It was for sure the best match for a long time for me,” the German said in defeat. “When I came here, I was telling myself, I was practicing good after Paris. For me, I’m still looking for the next months, next weeks. I think I’m again on a good way to playing again tennis, yeah, on a high level.


“I think we both play a good match, but at the end, I think just two points that decided the match. Of course I’m disappointed that I lost the match, because I was really playing good. Just one can win, and that was not me today.

“I will try, of course, to coming back [to] and being one day again the No.1. Right now, I’m really happy that I find my game back. I’m on court playing good tennis again.”

This article originally
ran on   WtaTennis.com