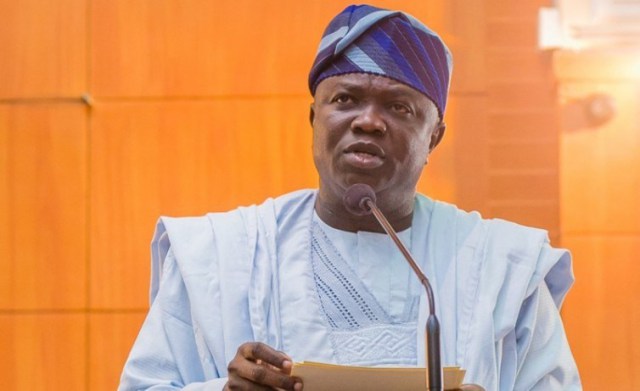 Governor Akinwunmi Ambode on Thursday has vowed to eliminate the dreaded ritual cult group,  Badoo from Lagos,  saying that they are not spirits that are invincible.

The governor, who spoke at the commissioning of a fire station in Epe area of Lagos, Southwest Nigeria said he did not believe that Badoo members were spirits and could disappear.

He, therefore, charged traditional rulers, especially in Ikorodu to wake up from their slumber by helping the government to nip in the bud rising waves of kidnapping and Badoo menace in the state.

Ambode said it had come to the point that traditional rulers in the state must come together and speak to the baales in Ikorodu to nip kidnapping in the bud.

According to the governor, intelligence reports had it that some of the baales colluded with kidnappers to kidnap people in remote areas.

In his words: “This is also a good opportunity for me to say this since the majority of our traditional rulers are here. We just want to pass a message to say that we need to come together and ensure that we speak to all our baales in the communities that we are having issues and also in Ikorodu to say that we must speak to ourselves.

“We have intelligence here that some of these things are coming from within and our Kabiyesis and Obas need to do something as quickly as possible to arrest this decadence that we have here.

“As far as the Badoo case is concerned, I don’t believe that it has anything to do with a disappearing ghost. I don’t also believe that the rituals can be taking place, without some people not being behind it. So, I challenge all our Kabiyesis and all our traditional rulers and Baales, we must arrest this situation as quickly as possible and show that traditional value that we have always been known for and then we would continue to support you.”

However, the governor said the fire station was being commissioned to enhance safety of lives and properties in Epe, adding that his administration would deliver more fire stations across the State.

Johnson Olumide - December 25, 2018 0
Nicki Minaj has joined the cast of ‘Angry Birds 2’  in an unspecified role, and it was gathered the movie will be directed by Thurop Van Orman...

Violette - March 16, 2020 0
The former Big Brother Naija housemates slay in black in after party of AMVCA7 recently. Esther Olaoluwa Agunbiade is popularly known as Esther was a...

Adedokun Moses - November 15, 2019 0
Nigeria superstar, Davido shocked the internet yesterday when he showed his humanitarian behavior by taking all his team out on a shopping spree. However, in...

Violette - August 27, 2019 0
Ghanaian singer, Ethel Eshun popularly known as eShun in the showbiz has deeply expressed her anxiety about sarkodie’s ignorance to her for a feature. According...