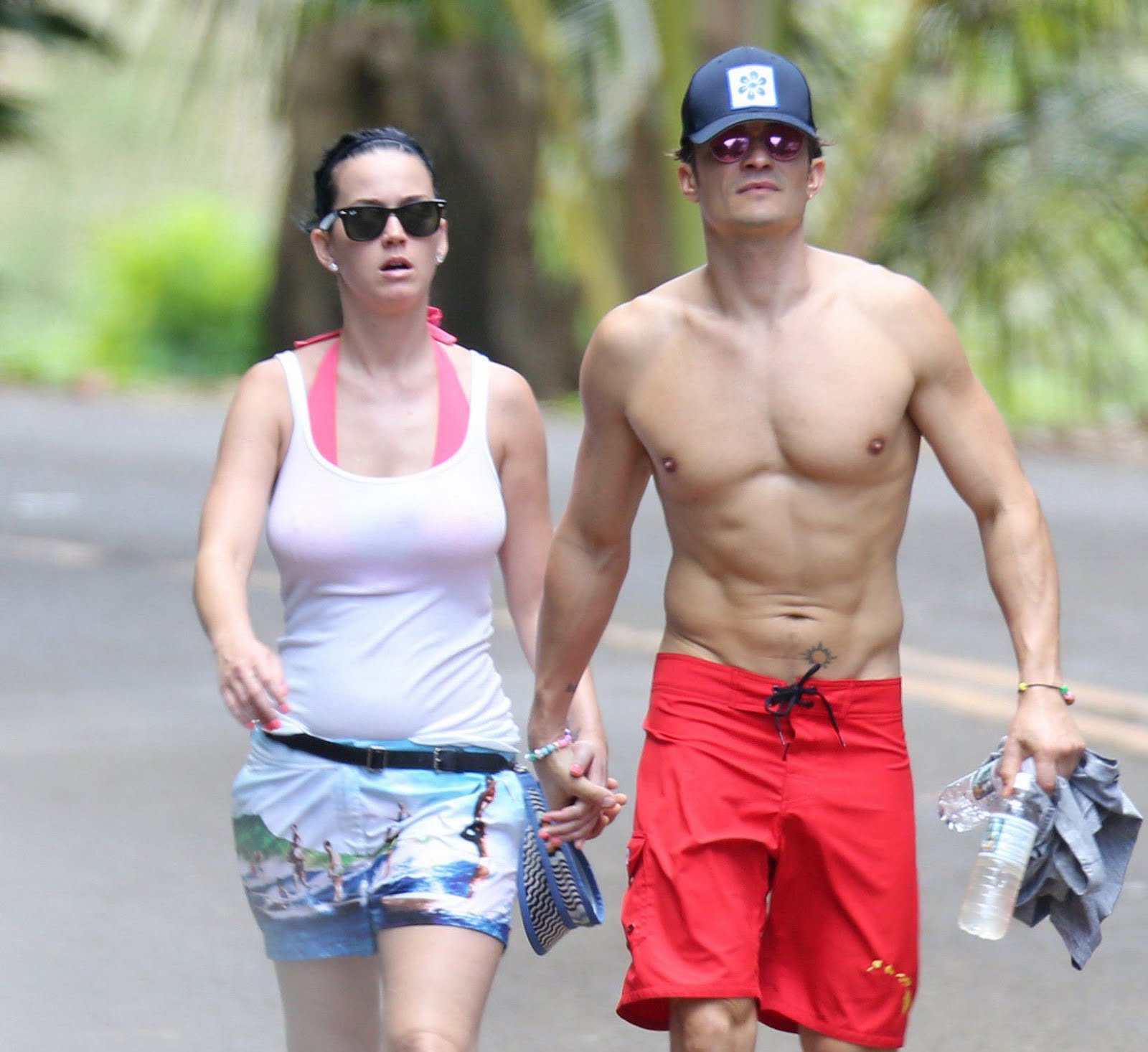 Last year, Orlando Bloom made headlines as he was photographed naked while paddleboarding with Katy Perry in Sardinia. And now, the 32-year-old songstress has finally broken her silence on the controversial photos, which found her ex-boyfriend putting his penis on full display behind her on a paddleboard.

During an interview with KIIS FM’s “Kyle and Jackie O”, Katy jokingly said that she got a “lot of therapy” after the paddleboarding incident. She then went on explaining that Orlando tried to get her strip too at that time, but she refused because she was not in the mood. “He asked me if I wanted to be [naked] and I was like, ‘oh, nah..,’ ” she shared. “You know when you’re dating someone sometimes, it’s exciting to be like, ‘Oh, should we try and make out over here in this place’ or what have you, and I was just not in the mood. I saved it for the boat!”
READ ALSO
Ekaterina Makarova defeats Julia Georges, 3-6, 7-6 (2), 6-0, to win the Citi Open

As for Orlando, the 40-year-old actor only wanted to goof around and didn’t expect to be a trending topic on social media. “He wanted to show off for the people on the shore,” Katy continued. “He thought it was funny! Oh oh, it was SO funny because I was explaining Twitter and social media to him for weeks because he had taken a break and then all of sudden he was like trending number one on Twitter! And he’s like, ‘I understand Twitter, it’s okay.’ ”

Katy and Orlando went public with their relationship in January last year. However, they announced their split last March. Orlando was rumored to be dating actress Nina Dobrev, while Katy recently sparked romance rumors with Chris Martin as the two allegedly walked hand-in-hand at Glastonbury over the weekend.

Johnson Olumide - August 31, 2018 0
Winner of the Best Rapper Of The Year in the just concluded NIGERIA CAMPUS AWARDS Lil’Lake also known as Balogun Lori Mic dishes out another single off his...

Cardi B puts on a raunchy display as she performs in scantily-clad ensemble during...

Violette - June 3, 2019 0
Rapper and mother of one, Cardi B put up a very raunchy display as she performed at the Hot 97 Summer Jam, which took place on Sunday at...

Bobrisky Shows Of His Baby Bum, Claims To Be Two Weeks Pregnant (Video)

Joel Adesina - July 13, 2020 0
The popular internet personality who is known as a transgender woman in Nigeria, Bobrisky has recently shown herself to be two weeks pregnant. The transgender...

No God Fearing Wife Material at the Club – Uche Maduagwu Support Churchill on...

Johnson Olumide - December 7, 2017 0
Minister of Foreign Affairs, Geoffrey Onyeama, says despite the hardship faced by many of the Nigerians still in Libya, they have refused to come...