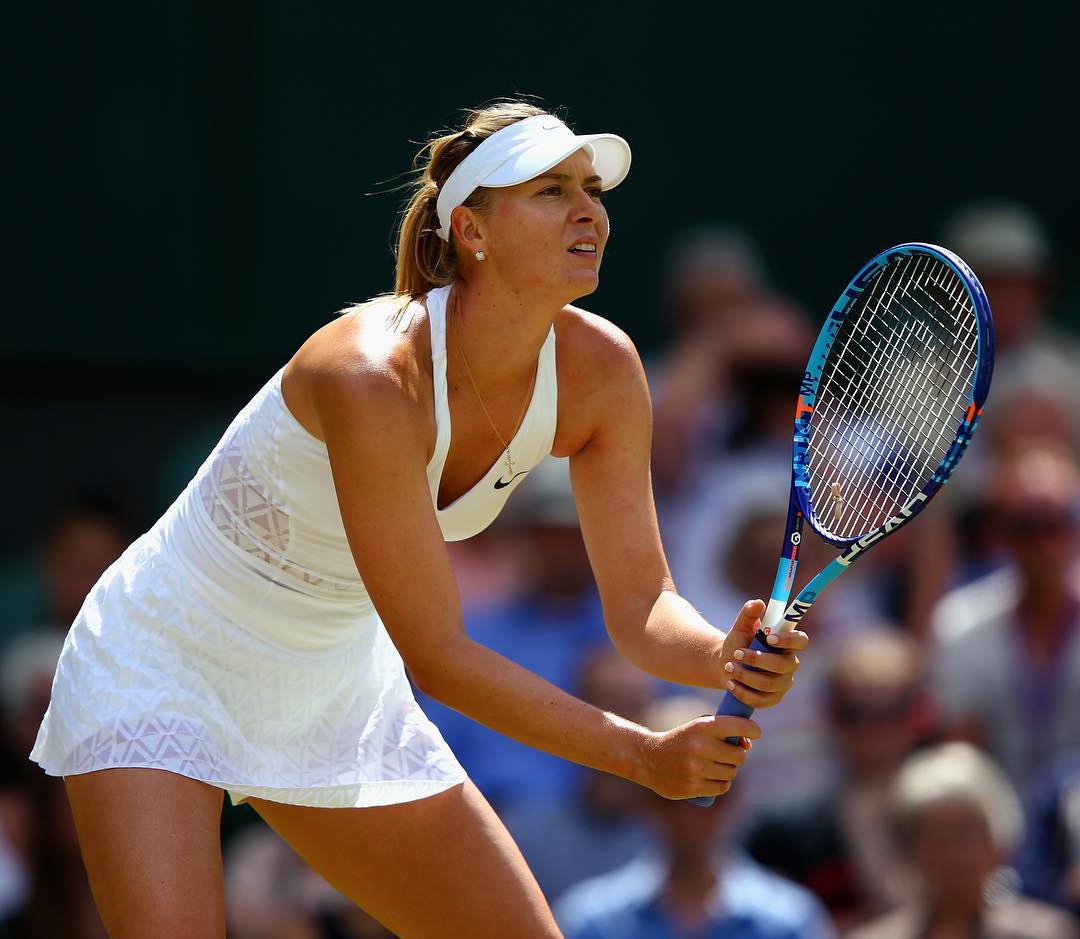 CARLSBAD, Calif. (AP) — Maria Sharapova is realistic as she tries to regain her form after a 15-month drug suspension.

“I think no road is easy,” Sharapova said Sunday before a World Team Tennis match.

Sharapova played for the Orange County Breakers in their season-opening match against the defending champion San Diego Aviators at the La Costa Resort and Spa. It was Sharapova’s first appearance in the U.S. since testing positive for meldonium at the 2016 Australian Open.

She returned to the court in April and played three tournaments in Europe. In her first event, the Russian star reached the Porsche Tennis Grand Prix semifinals. A thigh injury prevented Sharapova from competing in the grass-court season that ended at Wimbledon on Sunday. But now she’s fit and ready for a summer run, hoping to cap it at the U.S. Open.

“It’s nice to have a schedule again and something that I really miss, having a tournament on the schedule and a calendar and knowing what I have to prepare for,” Sharapova said.

When her initial two-year ban was reduced to 15 months, some questioned if Sharapova, a five-time Grand Slam champion, was given beneficial treatment.

“I served the suspension period and I think there’s not much more that I could add to that,” Sharapova said.

Ken Macdonald, one of Sunday’s spectators, welcomed her return.

But Sharapova also hears her detractors claiming she got a pass. Sharapova, one of the world’s most recognizable female athletes, said that she’s answering her critics by showing up.

“I think just by doing what I do, and that’s playing tennis,” she said. “That’s what I wanted to do from the very beginning. I’ve done it. I’ve always had the choice of not doing it. I have had a lot in my career. I’ve had the support.

“As someone who is 30 years old, I achieved enough to call it a day. But there’s something deeper. It’s more than just the sport. It’s something I’ve done all my life and my career. I wanted to continue that. That’s where my focus is and not much else.”

Sharapova said her schedule leading to the U.S. Open will include another WTT appearance and WTA Tour stops at Stanford and Toronto. She declined to predict how she would fare at the U.S. Open, the year’s final Grand Slam event.

“It’s not something that I think about; it’s not part of my job,” she said. “Just because I have to be realistic that I haven’t played in a long time. With the injury, it was almost like a two-year break for me. The importance and significance of every tournament is much more in my mind than what I can or cannot do at the U.S. Open.”

Which brought her back to the WTT and the La Costa Resort and Spa, where she won twice when it was WTA Tour stop.

“This was a great little addition to my schedule,” she said. “I hadn’t actually planned on playing World Team Tennis but I just thought I could use the bonus matches as I like to call them. Play in front of the crowds and come back to places that I’ve competed at before.”
READ ALSO
#bbnaija Alex looks Amazing as she steps out in a beautiful blue lace,

Johnson Olumide - May 14, 2018 0
Mercy Johnson has replied a fan who felt the actress wasn’t being a good celebrity by not giving out money to her fans. She recently...

Violette - March 28, 2020 0
Davido baby sits son in the absence of Chioma because of Coronavirus. The husband to be of Chioma which is also known as Chef Chi...

Troll Slam Actress Chizzy Alichi For Smiling Too Much (Photo)

Adedokun Moses - November 11, 2019 0
There's a popular saying that Laughter is the best medicine, however a fan does not seem to be a supporter of this saying as...

Johnson Olumide - May 30, 2017 0
Photo by Clive Brunskill/Getty Images Over the years past, American Men Tennis was on a high alert as they do progress to most major...