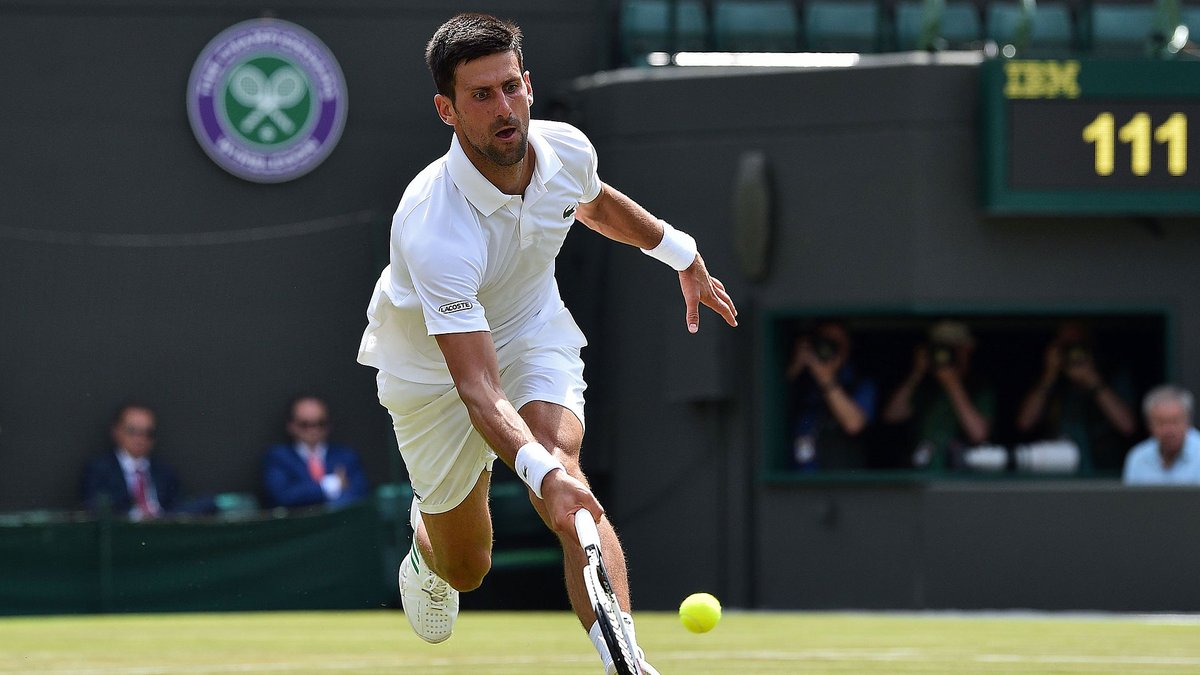 All good things must come to an end, and that includes the dream run of Ernests Gulbis at Wimbledon. The former World No. 10 picked up his first tour-level match wins since last year at Roland Garros, including a second-round win over Juan Martin del Potro in which he hammered 60 winners, to set up a Centre Court clash on Saturday against second seed Novak Djokovic.

It appeared that Gulbis might have more magic in store after racing to a 4-2 lead in the opening set, but the Serbian buckled down and showed why he’s a three-time Wimbledon champion. Djokovic went on a nine-game tear en route to a comfortable 6-4, 6-1, 7-6(2) victory over the Latvian to reach the second week.

Djokovic extends his FedEx ATP Head2Head against Gulbis to 7-1 and has won their past five matches. He is through to the fourth round at Wimbledon for the 10th time and picks up his 236th win at a major.

READ ALSO –World No.1 Angelique Kerber Set to play 2016 French Open Champion Garbine Muguzura at Wimbledon
It appears that the Serbian’s decision to play last week at the Aegon International has paid off. He took that title over Gael Monfils and dropped just eight games in his first two matches at the All England Club.

Awaiting Djokovic in the next round is Adrian Mannarino, who continued his inspired grass-court play by taking out fellow Frenchman and 15th seed Monfils 7-6(3), 4-6, 5-7, 6-3, 6-2 in three hours and 30 minutes. The No. 51 in the Emirates ATP Rankings matches his best Grand Slam result, a fourth-round Wimbledon appearance in 2013. Mannarino was a finalist last week at the Antalya Open (l. Sugita).

Djokovic’s lone FedEx ATP Head2Head meeting with Mannarino came at this very event last year, with the Serbian scoring a straight-sets win in the second round.

Johnson Olumide - June 9, 2018 0
Lil Kim has reportedly filed for bankruptcy in New Jersey. According to TMZ, it happened last month when she claimed she’s in debt $4...

Eddie Andy - June 3, 2018 0
A very shocking video has just emerged online and it shows a young man breaking BBN 2017 winner, Efe’s album after someone gave it...

Johnson Olumide - March 31, 2018 0
The love and  romance between this two super stars is simply amazing, Skepta who is of Nigerian and British descendant was rumored to be...

Johnson Olumide - June 11, 2018 0
Wizkid and Tiwa Savage’s are serving bestie goals and one can easily tell chemistry is undeniable,though there is no evidence to suggest they are...

Joel Adesina - June 17, 2020 0
Popular On-air presenter is allegedly dead of Coronavirus Dan Foster who is popular for his contribution to idol series. He was a stage judge for Idol...