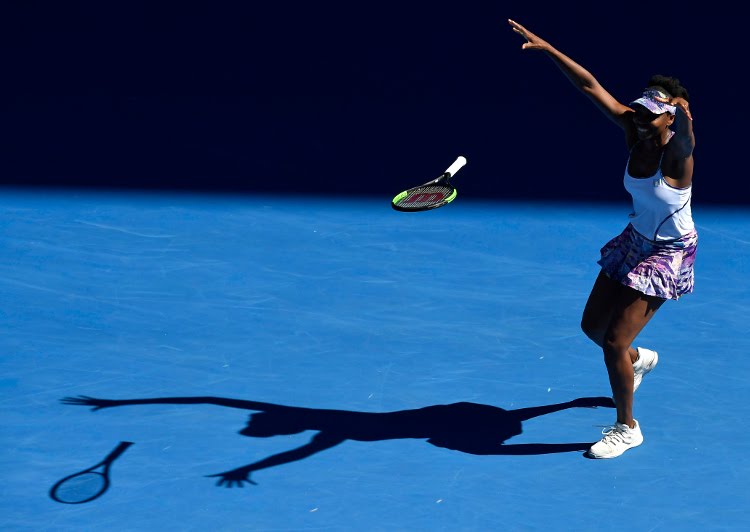 FORT LAUDERDALE, Fla. (AP) — Tennis star Venus Williams legally entered an intersection but was cut off by another car, setting off a chain of events that seconds later resulted in a fatal crash with a third car, police say video released Friday shows.

The video, taken by a security camera, shows Williams heading north as she stops her 2010 Toyota Sequoia SUV at a stoplight behind a white car as she exits her Palm Beach Gardens neighborhood shortly after 1 p.m. June 9.

When the light turns green, the white car turns left onto a six-lane, heavily traveled boulevard, but Williams heads straight. A dark colored sedan turns left in front of her, causing her to stop.

She then continues straight into the far, westbound lanes, where her SUV is struck in the passenger’s side by a 2016 Hyundai sedan driven by Linda Barson.

Palm Beach Gardens police said in a statement Friday that Barson’s light had turned green just before Williams moved in front of her. Barson’s 78-year-old husband, Jerome Barson, died June 22 from injuries suffered in the crash.

Williams, who was not hurt, has not been cited or charged. Police spokesman Maj. Paul Rogers said Friday the video has caused investigators to rescind their original conclusion that Williams was at fault and that no blame has yet been determined.

Williams, 37, is now in England competing at Wimbledon, a tournament she has won five times. The 10th-seeded Williams, who has won her first three matches, broke down in tears Monday when asked at a press conference about the crash.

Michael Steinger, the attorney for the Barson family, said the video shows Williams caused the crash by “violating the Barsons’ right of way. ”

“There is nothing that disputes Ms. Williams’ was in the intersection on a red light, and the witnesses clearly confirm the Barsons had a green light and lawfully entered the intersection,” Steinger said in a statement.

Williams’ attorney, Malcolm Cunningham, disagreed, saying in a statement that Linda Barson was at fault.

Williams “had the right to proceed through the intersection and other vehicles including those with a red light changing to green, were obligated to yield the right-of-way,” Cunningham said, adding, “she remains deeply saddened by the loss suffered by the Barson family and continues to keep them in her thoughts and prayers.”

Williams has career on-court earnings of more than $34 million and her own clothing line, EleVen. According to Forbes Magazine, she also has endorsement deals with Ralph Lauren, Kraft foods, Tide detergent and Wilson sporting goods.

Her younger sister, Serena Williams, the world’s fourth-ranked women’s player, is sitting out Wimbledon as she is pregnant with her first child.

This story has been corrected to show Jerome Barson died June 22, not June 23.