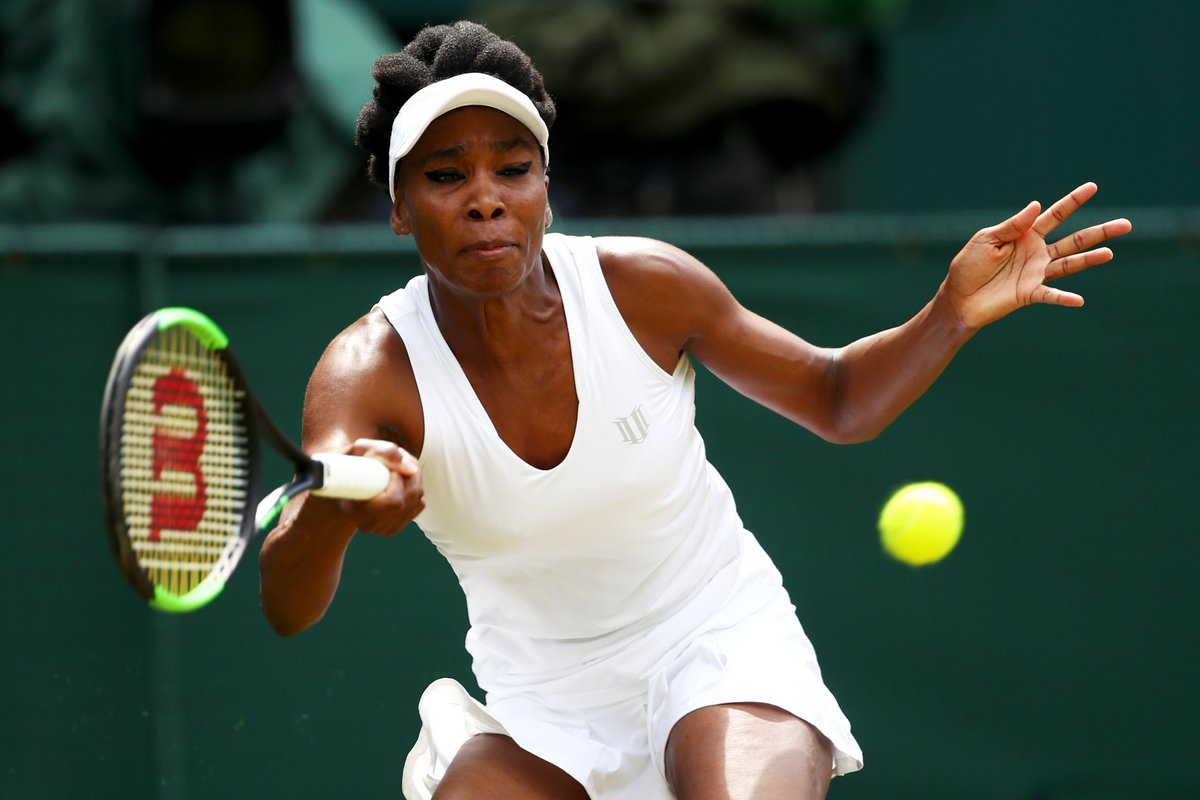 LONDON, Great Britain – Five-time champion Venus Williams is back into the Wimbledon quarterfinals with a commanding win over the young Ana Konjuh, 6-3, 6-2.

After taking down Naomi Osaka in the third round on Friday, Venus found herself battling another big-hitting 19-year-old in the form of up-and-coming Croat Ana Konjuh.

“I think I’m playing pretty solid,” Venus assessed in her post-match press conference. “For me it’s about getting through the round. You’re not going to play perfect every round. I would like to play in straight sets every round – that would be great.

“If not, all that matters is you win. Winning never gets old at any stage in your career, ever, ever.”

Playing the five-time champion on Centre Court was no easy task, but Konjuh was up for the challenge and held her ground for much of the rallies – especially in the first set. But once the former World No.1 got going, she wouldn’t be denied and powered through to her 13th Wimbledon quarterfinal.

Konjuh conceded the only break of the first set to leave Venus serving for the set, and the American fired off a pair of aces to bring up set point, taking it comfortably as the Croat misfired her return.

With Venus in full flight and in her range, she broke Konjuh twice in a row to grab five games in a row and put herself ahead 5-1. Three aces in a row saved a trio of match points for a fearless Konjuh to extend her stay in the match, but Venus roared ahead once again to take it in the next game.

“Winning never gets old at any stage in your career, ever, ever.”
– Venus Williams

Venus, the only remaining former champion left in the hunt for another title, will now take on the reigning French Open champion Jelena Ostapenko in the quarterfinals, her 100th match at the All England Club. The Latvian edged past the No.4 seed Elina Svitolina 6-3, 7-6(6) earlier in the day.

“I haven’t seen her play a lot; I didn’t watch any of the French when I was finished with it,” Venus admitted. “I know she had an amazing moment there. She’s riding on that momentum, confidence I’m sure. It’s just been such an amazing result for her, you know, so I’m definitely really happy for her.

“I think my coach will probably look at [her] matches more than I will. I think I’ll see what happens when I get out there. I mean, I’m sure she hits well off all sides. I have to see what the nuances are once the game starts, because you can’t necessarily plan for those.”