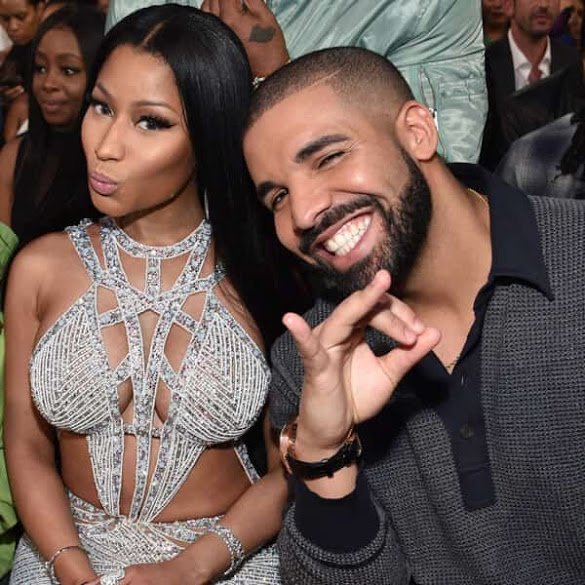 Nicki Minaj and Drake have been making headlines as they are rumored to be dating after allegedly flirting and canoodling at STORY nightclub in Miami last week. Multiple sources said that they have always had “a complicated relationship,” but one thing that people want to know is whether they are dating.

“Nicki & Drake have liked each other more than just friends in the past but most of their flirting nowadays is done because they know that people will talk about it and it puts them in the news,” an insider reveals to HollywoodLife.com. “It is mostly business-related flirting.”

The insider goes on explaining, “Because shortly after they flirt with each other, it’s not a coincidence that a song or an album or something will be released soon thereafter. They consciously use each other for their own advantage. All the way to the bank!”

However, a real romance is not completely beyond the realm of possibility. Drizzy was previously reported to make it “blatantly clear from the get go that he was super into” the “Anaconda” rapper. He was even caught checking out Nicki’s butt at celebrity soccer game.

Violette - September 5, 2021 0
As Tega and Boma continue to make headlines for their relationship at the ongoing BBNaija season six reality show, Tega's IG page handler has...

Violette - December 23, 2019 0
The Lagos State Police Command has arrest and detain House of Representatives member, Shina Peller after he was alleged to have mobilize thugs to...

Comedian Oluwadolarz invited by Lagos police over his alleged alliance with a ponzi scheme...

Johnson Olumide - June 25, 2021 0
Comedian Ogunleye Olamide Babatunde aka Oluwadolarz, was yesterday invited by the Lagos police command in connection to a Ponzi scheme that has allegedly ripped...

Violette - November 10, 2019 0
Tech Queen, Jackye Madu has shown how inspiring she can be as she continues to counsel her fans with her post. The reality star shared...