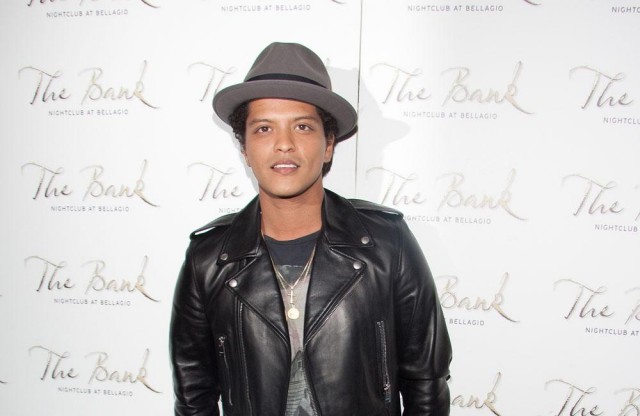 The other musicians getting multiple nods at the upcoming AMAs include Ed Sheeran, Drake, The Weeknd, The Chainsmokers and Halsey. and if you are thinking of learning how to play Guitar Just like Ed Sheeran, then you are in Luck.

The full nominees for the upcoming 45th annual American Music Awards are revealed. Ciara, a two-time AMA nominees, announced some of the names on “Good Morning America” before the rest of the list was revealed online. Bruno Mars Tops 2017 American Music Awards Nominations with at least 8 nods

His is vying for Artist of the Year in a stiff competition against The Chainsmokers, Drake, Kendrick Lamar, Ed Sheeran.

He is also nominated for Video of the Year, thanks to “That’s What I Like”. He is facing off Sheran (“Shape of You”) and Luis Fonsi & Daddy Yankee(“Despacito”).

In Pop/Rock categories, the Grammy winner scores two more nods. One of them is for Favorite Male Artist. He is once again pitted against Drake and Sheeran.

His latest studio installment “24K Magic” is up for Favorite Album along with Drake’s “More Life” and The Weeknd‘s “Starboy“.

In Soul/R&B categories, he receives three nominations. He fights Childish Gambino a.k.a. Donald Glover and The Weeknd in both Favorite Male Artist and Favorite Album.

He is additionally nominated for Favorite Song along with Khalid and once again The Weeknd. His eighth nod is for Favorite Artist in Adult Comteporary genre. He faces off Sheeran and Shawn Mendes.

READ ALSO
Ex-BBNaija housemate, Khafi replies Instagram troll who made a comment on her baby
Meanwhile, the newbies that gets the coveted New Artist of the Year nomination are James
Arthur, Niall Horan, Julia Michaels, Post Malone and Rae Sremmurd. Winners will be feted
during a live telecast on November 19 at the Microsoft Theater in Los Angeles.

“Thank you @AMAs and thank you to all my Hooligans voting right now.

This album is for us!,” Bruno Mars reacted to his mutiple nominations on Twitter. Another multiple nominee Luis Fonsi posted a similar note, “Thank you @amas for these 4 nominations.”

Keith Urban who gets three nods was thrilled as well, “Just heard the #AMAs news this morning… now THAT’S the way to start a day. HUGE love & thanks to EVERYONE who made RIPCORD their own!” Julia Michaels was also celebrating, “Okay but guys… WHAT IS HAPPENING!!!!! Holy damn moly.”

While most of the nominees were over the moon, Halsey who receives triple nods including Tour of the Year was less enthusiatic. “Really honored to have received an @AMAs nomination but really disappointed to hear near exclusively male names… such a missed opportunity,” she tweeted. “So many incredible female artists have released this year. hoping the coming award shows give them the credit that is due to them.”