Home News Mo Abudu Listed as one of the 25 most powerful women in... 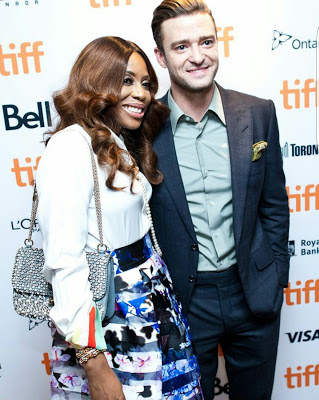 The Hollywood Reporter has released its annual list of the ‘25 Most Powerful Women in Global Television’ and Mo Abudu is the only African woman listed, amongst those from North America, Europe, Asia, South America and Australasia.

The category recognises female executives from around the globe who are rewriting the rules of TV, during a time when ‘women have to work twice as hard for the same recognition’ as men. The article describes Abudu as a woman who ‘has been at the forefront of media innovation on the continent’ and whose goal for the coming year is ‘to successfully produce Africa’s first sci-fi TV series’. The first time she was included in this list was in 2013, immediately after the launch of EbonyLife TV.

Since those early days, EbonyLife TV has created over 4,000 hours of original, high-quality content, including landmark drama series The Governor, Sons of the Caliphate and Fifty (the series), along with the first pan-African talk show, Moments, with different versions hosted in Nigeria, Ghana, Kenya and South Africa. EbonyLife Films made its debut in 2015 at the 59th BFI London Film Festival with Fifty, the highest-grossing Nollywood movie that year.

In 2016, EbonyLife co-produced The Wedding Party, which premiered at the Toronto International Film Festival and went on to become the biggest movie in the history of Nigerian cinema.

Ms. Abudu does not take the recognition from the renowned entertainment magazine for granted. “It’s an honour and privilege to be acknowledged again by The Hollywood Reporter. I am proud to represent Nigeria and the thousands of women in Africa, striving to make their mark in a male-dominated industry,” she said.

The Hollywood Reporter publishes its list of Most Powerful Women in Global Television annually, with luminaries deemed by its editors to have made a significant impact on what audiences are watching worldwide and how women are represented on TV.
To see the complete list, click here: https://goo.gl/Xghfas