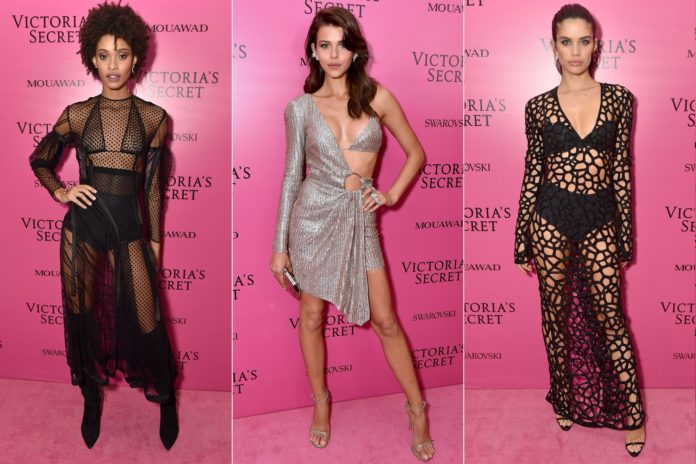 The Victoria’s Secret Fashion Showin Shanghai ended the same way it began — with an unexpected snafu
Well before the party was supposed to end, WWD reported that Chinese officials pulled the plug and sent in armed guards to escort guests out.

But before they had a chance to shut down the party, the models who made it to China (Gigi Hadid and other stars, including Katy Perry, werereportedly denied visas) hit the red carpet  in some very naked dresses.

Though the show has wrapped up (prematurely). Fashionista noted that the show might come under fire over its “Nomadic Adventure” segment which featured models wearing a variety of Native American-inspired headdresses and accessories.

The lingerie retailer previously faced criticism after Karlie Klosswore a Native American-style headdress during the 2012 show. Victoria’s Secret later apologized for the incident saying: “We are sorry that the Native American headdress in our fashion show has upset individuals. The outfit will be removed from the broadcast.”