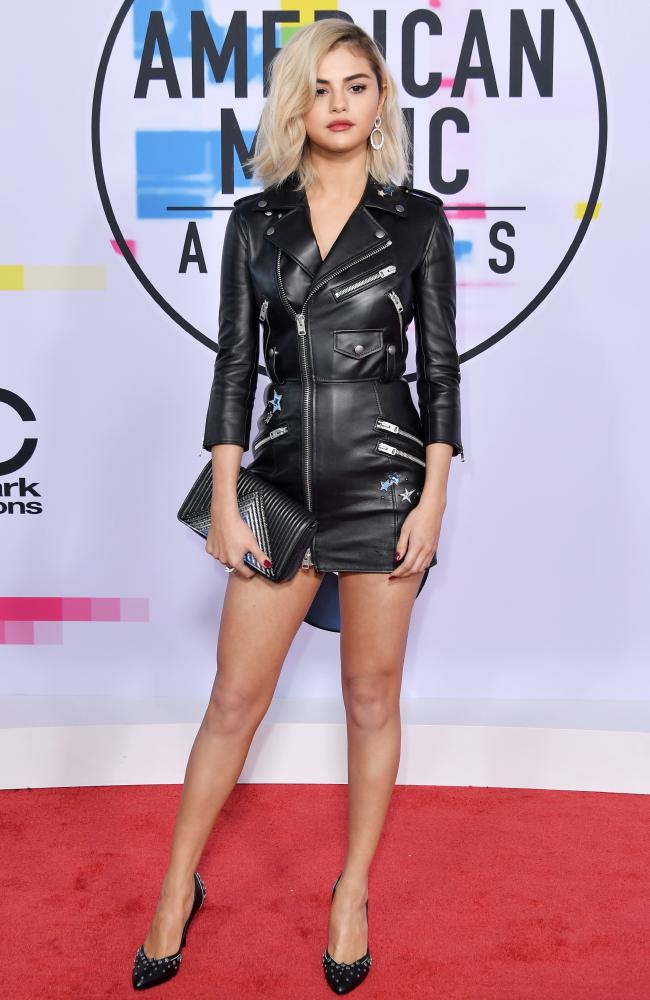 Selena Gomez bravely returned to the stage Sunday night at the American Music Awards just months after her kidney transplant, but her performance is receiving criticism from viewers who claim she lip synced.

After singing her hit single “Wolves” while wearing a sexy slip dress, sneakers and Tiffany necklace, the star, 25, appeared subdued as she shrugged slightly at the applause and mouthed “Thank you.”

If only she didn’t lip sync it ? would’ve been a great performance

I love how this big deal is made that Selena Gomez hasn’t performed in a year and then show comes out and lip sync’s ? #AMAs

Wait wait wait… okay y’all not trying to bash on anyone’s performance but was that a lip sync slip up or like some really loud back up vocals in Selena Gomez ‘s performance likeeeee…. genuinely asking #AMAs  #2017 pic.twitter.com/OGecTI3s0q

Her fans, however, clapped back at the haters.

“May i remind y’all selena is still recovering from a kidney transplant and she just gave the performance of a lifetime. words can not express how emotional i’m feeling right now. literally shaking,” wrote one loyal fan.

YALL CAN NEVER LEAVE SELENA GOMEZ ALONE! she did amazing and y’all can not accept the fact that she did her best! People will find and do anything to bring anyone down! This is what society has become a place where no one can breathe because you’ll be criticized!!!!!@selenagomez

may i remind y’all selena is still recovering from a kidney transplant and she just gave the performance of a lifetime. words can not express how emotional i’m feeling right now. literally shaking. #SELENAxAMAs #amas pic.twitter.com/gTtkfeBY63

so proud baby, you deserve the world. i love you more than everything. i hope you gonna be okay, i love you @selenagomez #AMAs2017 #AMAs #SELENAxAMAs #WeProudOfYouSelena pic.twitter.com/WW4oAQvKWE

The star, who debuted a new blonde ‘do on the red carpet earlier in the day, appeared to leave the show before it was over and thanked her fans for their support on her Instagram story.