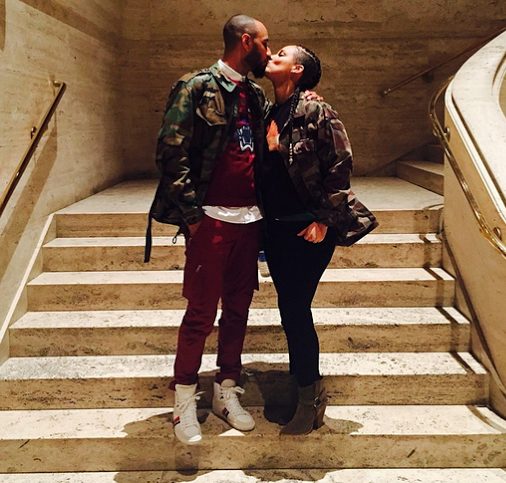 AliciaKeys is trying to disconnect herself from her husband’s legal woes after the super producer was hit with a $16.5 million lawsuit over luxury cars.
⠀⠀⠀⠀⠀⠀⠀
According to the The blast, Metro Gem Leasing sued SwizzBeatz and his wife’s company, AK Worldwide Productions for defaulting on the leases of luxury cars leased in his name. In the suit obtained by the publication, Metro Gem said Swizz and his wife had been avoiding repossession after defaulting on the leases of the cars. ⠀⠀⠀⠀⠀⠀⠀

READ ALSO
Feels good to be back, Nina Ivy slays in Short Pink Dress for the New year
⠀⠀⠀⠀⠀⠀⠀
Metro Gem also claimed the two had about five leases in default, including a $155,000 Range Rover and a $600,000 Ferrari F12.  However, Alicia says none of this is her problem. ⠀⠀⠀⠀⠀⠀⠀
⠀⠀⠀⠀⠀⠀⠀
According to The Blast, the singer says her name was not on the lease agreement or any of the paperwork for the cars. But, she says from what she understands, all of Metro’s cars have been returned to the leasing company. In fact, she fires back and accuses the company of trying to rope her into the drama for more money, but she wants out. ⠀⠀⠀⠀⠀⠀⠀

READ ALSO
Watch Mercy Eke flaunt her curves while Twerking For Mr. H (Video)
She has since filed a motion to be dismissed from the case. On the other hand, according to the publication, Swizz is asking for the entire case to be dismissed. The producer filed a separate motion, accusing the company of trying to stick him for his paper because he’s a celebrity.