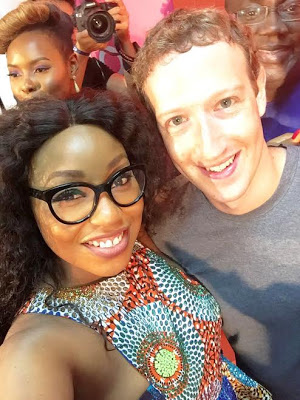 Facebook plans major changes to news feed from media and businesses to focus on personal interactions, which may lead to people spending less time on the website, its CEO said.

READ ALSO
Jasmine Tookes' Puts on Display her stretchmarks as she poses in a $2.5 million Fantasy Bra for Victoria Secret

“As we roll  out, you’ll see less public content like posts from businesses, brands, and media.
“The public content you see more will be held to the same standard — it should encourage meaningful interactions between people,” Mark Zuckerberg wrote.

The chief executive said the Facebook community has complained of a hike in the numbers of public posts on the social network in the past two years, which has been “crowding out” the personal moments.

It would take months to introduce the changes, Zuckerberg said in the post, adding he expected people to spend less time on Facebook and some other types of engagement to go down.

The end result, he said, will likely be good for the business in the long term.

#BBNaija: ‘I Can’t Share Teddy A With Another Woman’ – Bambam discloses (Video)

Johnson Olumide - April 19, 2018 0
Evicted Big Brother housemate, Bambam while chatting to TooXclusive TV has opened up on topical questions ranging from her personal life (coming from a...

Violette - January 14, 2020 0
Popular Nigeria cross-dresser, Bobrisky has taken to his Instagram page to drag a blogger who claims he knows his family story. Bobrisky who whose real...

Violette - January 27, 2020 0
Billie Eilish was the biggest winners in the 62nd Grammy Awards held on Sunday night at the Staples center in Los Angeles, California. At a...