Home News “I Wish To Go Back To Big Brother House” – BBNaija Gifty...

Big brother Naija 2017 housemate, Gifty Powers has revealed she can do anything humanly possible just to go back to the BBNaija house, as she misses the period of her stay there.

The former housemate also disclosed that she doesn’t mind being a fake housemate as it is her wish just to go back in to the house.

“I crazily missed being in the BIG BROTHER REALITY SHOW. If I’m to make a wish, its definitely gonna be going back to the house, even if na to be fake housemates joo, me no get shame ooo cuz as i don talk my own, make God hear persin prayers.” 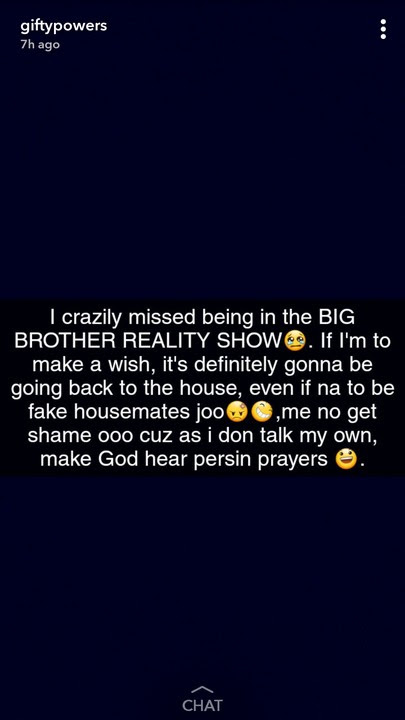 Recall, the Big Brother Nigeria 2017 controversial housemate in an interview with PUNCH, revealed that she regrets getting married. 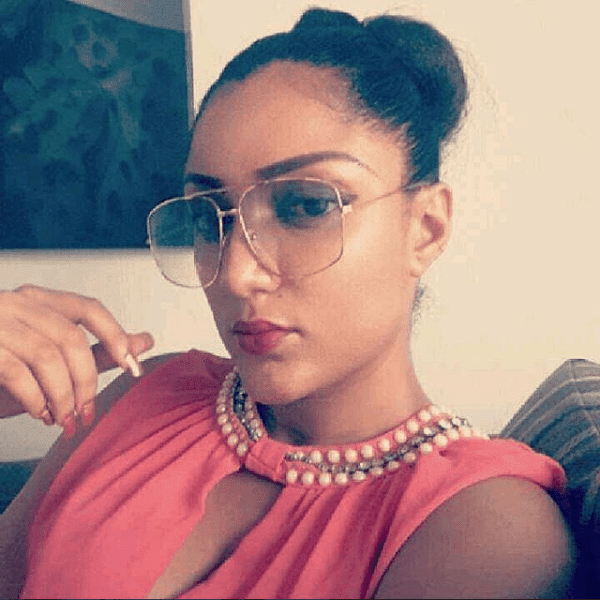 Recall, She recently penned down some words of advice to her fellow women on relationship and men generally on social media.

Also Read : 12 Ways You Can be a High Value Woman He’ll Never love to Leave

You don’t need to break your head or cry to God to give you a GOOD/FAITHFUL man + you don’t need a complicated set of rules in searching for him. If he truly loves you, he will go extra miles in making you his love forever. Never expect a man to be faithful to you. All what you should do is be an amazing gf/wife 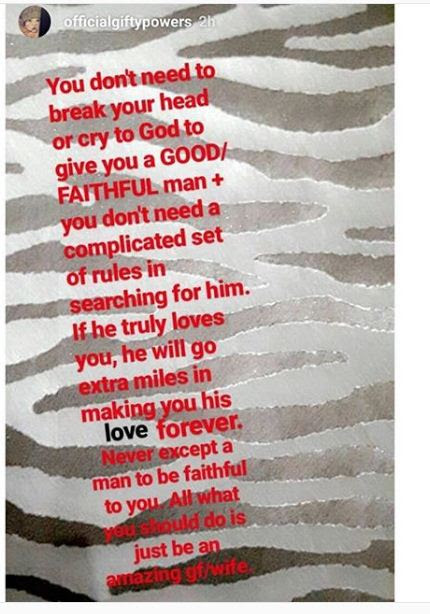 Well, in the Interview, she opened up about her life after the Big Brother Naija show, her acting career, marriage and other things about her.

Read excerpts from the interview…

My grandfather is from Obosi in Anambra State. He is a Reverend Father and a barrister. He married my grandmother who is partly Liberian and Sierra Leonean, and they gave birth to my mum before they got divorced. I am my parents’ first daughter, but I’m the second child. I grew up in Ghana, Accra precisely.

I first knew that I wanted to become an actress at the age of 15, but my mum once told me that at the age of five, I used to apply her lipstick and stand in front of her mirror to act. However, I joined the movie industry in an absurd manner. I can’t remember the exact year but on a hot Saturday, I drove in my friend’s car to buy some things. While driving, someone hit the car and I became angry. He apologised and introduced himself as a movie producer. He gave me his complimentary card but still I insisted that  he fixed the car. The following week, I went to a location and I was given a sub-lead role. 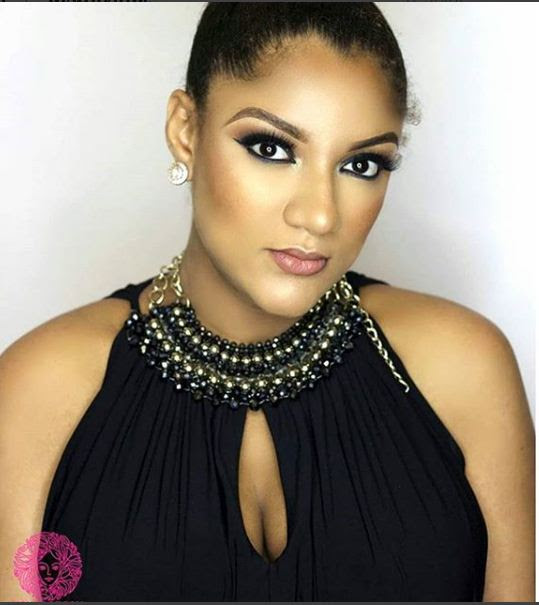 I have appeared in a lot of music videos, that I have lost count of the number. It has been my mum’s dream for a very long time that I should become a singer. She tells me that there is a future for me in music, so yes; there is a chance that I may delve into music. I recently went to a friend’s studio and soon, I will be releasing something cool.

While growing up, I faced a lot of humiliation with my mum and siblings, and that really taught me a few lessons about life that cannot be forgotten. Some people say to me that I’m not the only one that has suffered, but I believe that it’s not about how easily the words come out of your mouth; it’s about how well you can tell your story. I don’t have any challenges. Challenges are rather scared of me. If you cannot make the necessary moves while young, then you would have to sit in a corner and cry out your eyeballs while watching your mates doing what you should have done. Don’t blame the devil if you’re too lazy to climb that ladder.

I had a great time at Big Brother Naija. I enjoyed the Friday game nights the most. I also enjoyed the tasks, the truth or dare nights, the shower hours, and hearing Big Brother speak. One of the lessons I learnt while in the house is that one has to be tolerant. If I were to go back into the house again, I wouldn’t show the insane part of Gifty Powers. However, making out with guys in the house was a strategy and I don’t regret it at all. I will do it again if I have to.

A lot of opportunities have come my way after Big Brother Naija. Every second of my career has been amazing. 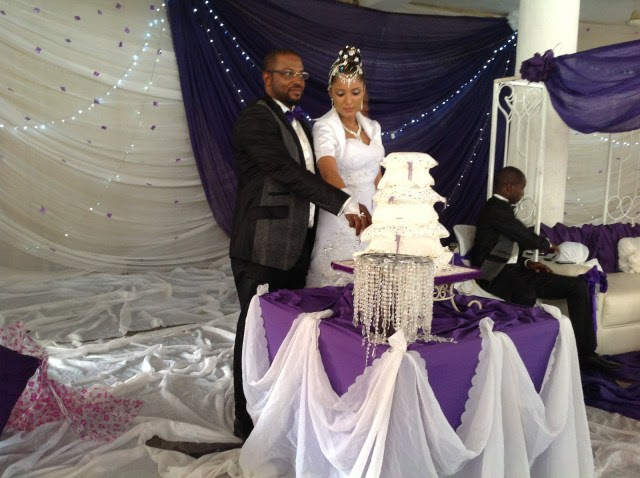 I do feel like I got married too early. However, I plan to give details about what actually happened. It’s a big regret that I wouldn’t stop talking about. I thought I was in love but I found out that it was just lust. I didn’t make proper findings before saying ‘I do.’ I went through hell and I don’t wish the same for my enemies. It is part of my life’s experience and I’m glad that I conquered it all. 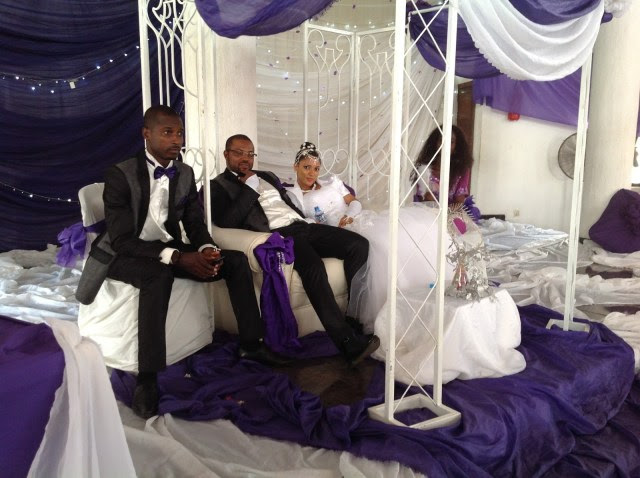 To be honest with you, I don’t know how to define my relationship with Mr. 2kay. I’m still searching for a term to describe it.

I have some employees who manufacture skin products. That’s because I have been asked several questions on what I apply on my skin that makes it glow so much. I also have Gifty Powers Lingerie for both men and women, though I have yet to launch it. I have a lot of crazy ideas, and it would shock you to know that I may even be aiming to climb the highest mountain in the world.

To be my ideal man, all you have to do is to be yourself. I can date and marry someone in the entertainment industry. Understanding is all that is needed to make it work.

Whenever I read or hear negative things about me, I become amused. They also embolden me. It feels special to be wanted. Even an unborn baby has enemies.

I admire Kim Kardashian and she has influenced me in several ways. Aside from her maturity and strength, which are out of this world, I love her style. I also admire my mum. She was once a runway supermodel who practised abroad. Due to her experience and exposure, she designs my clothes. At 51, she has the strength of a 12-year-old girl. 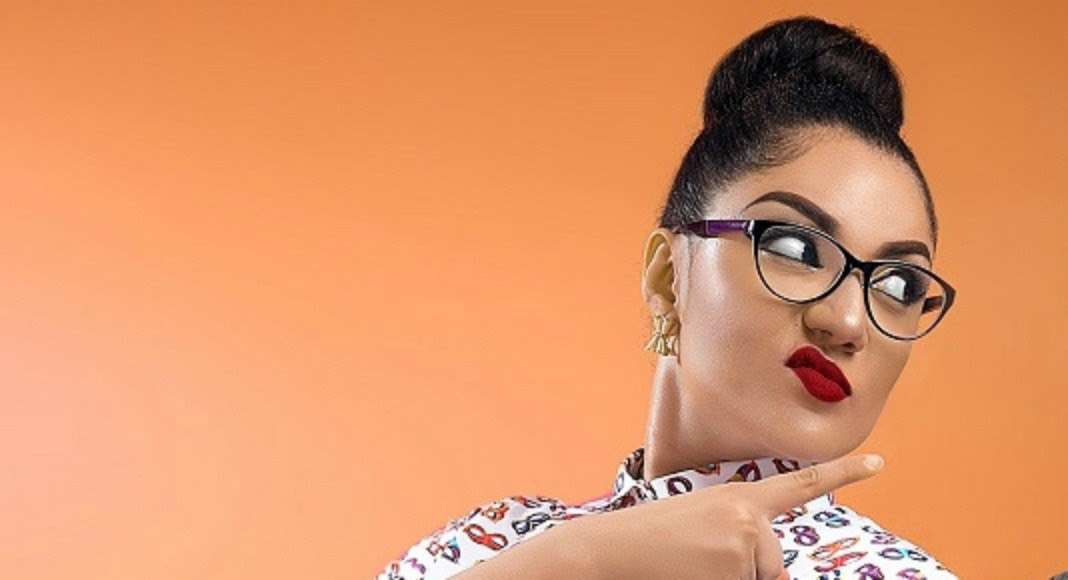 My mum always tells me never to stop trying if I want to make it in life. You have to work till you are able to get what you want. My mum manages my company. She handles its operations whenever I’m busy with other things, and I pay her.

Usain Bolt turns to soccer, on trial at Dortmund

I love to step out looking classy, elegant and sexy.

I relax by spending time with my nuclear family or by going to the club with my mum.

“Why I work despite my father’s wealth” – Davido’s sister, Sharon Narrates