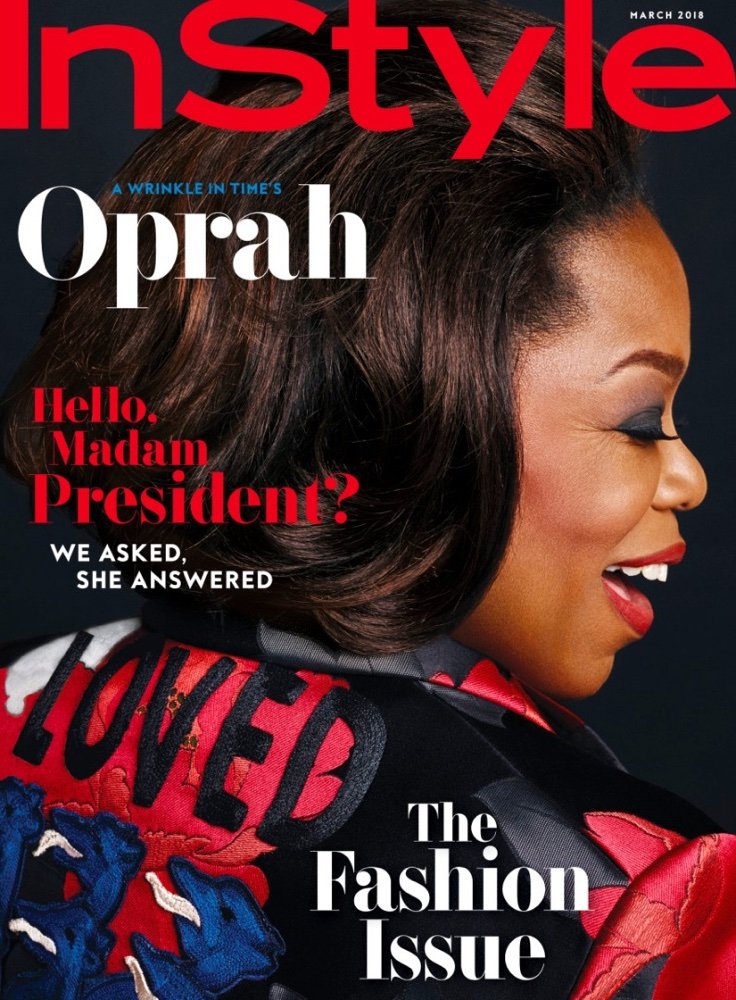 After her core-shaking speech earlier this month at the Golden Globes, while accepting her Cecil B. DeMille Award, Oprah Winfrey has again shown everyone one more reason why she’s the legendary icon that she is.

Oprah Winfrey claps back at haters on social media

On the cover of InStyle magazine’s March 2018 issue, Oprah was photographed by Phil Poynter in various chic looks, including this look with a Versace dress, earrings, and pumps with a Bulgari ring. Absolutely stunning! 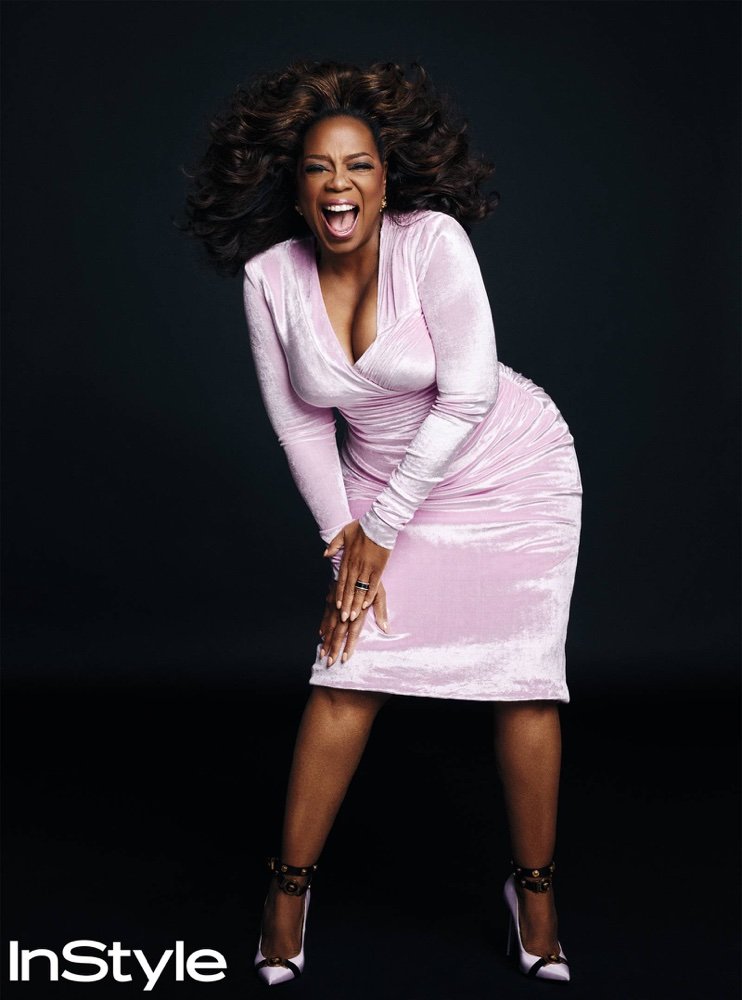 In her interview with Laura Brown on running for President of the United States, Oprah says “It’s not something that interests me. I don’t have the DNA for it.”

Watch the behind the scenes video below

On managing the onslaught of upsetting news:

“I have taken a step back and a couple of notches down. I don’t get up and turn on the TV first thing in the morning. I spend quiet time. I try to center myself, and I’m conscious of what I allow in because there’s so much all day long.”

“I try not to lean into the hysteria. I’ve heard a lot of Twitter chatter where people have said, ‘Where are you? You should be speaking up on these things!’ But it makes no sense to speak when you cannot be heard. One hundred and forty characters — that is not how you want to make your mark in the world.”

“If Your Husband Likes A Sex Doll, Buy It For Him” — Actress Seyi Hunter 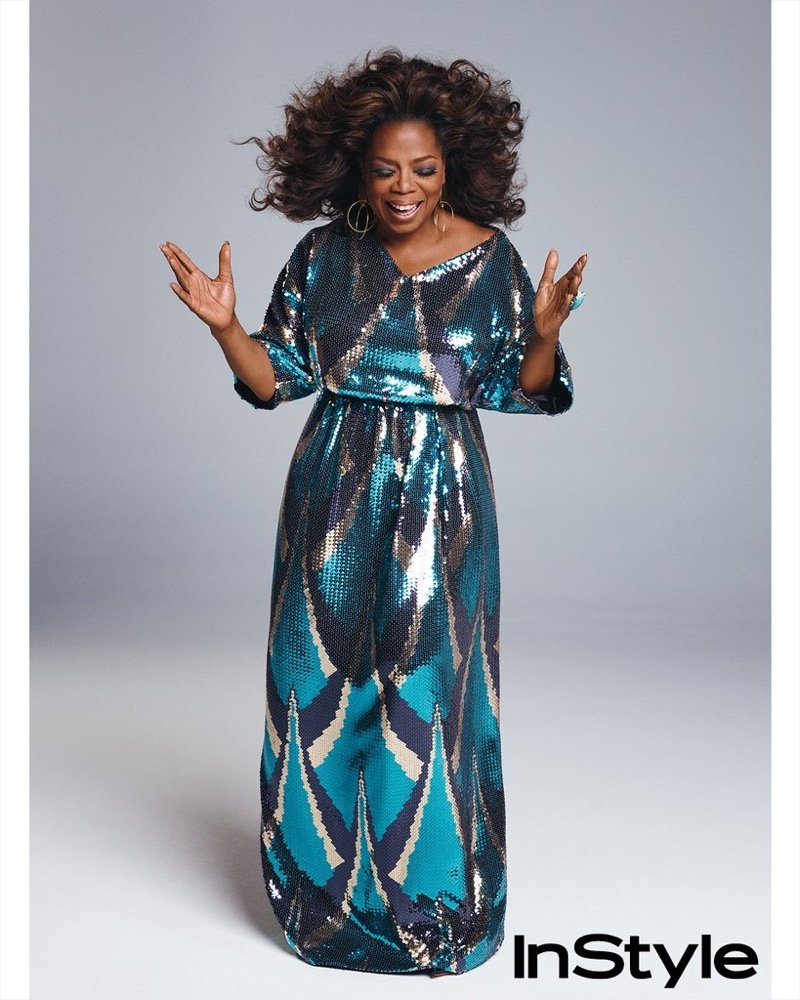 On seeing a person’s character:

“What makes me angriest is the lack of discernment. Maya [Angelou] used to say to me, ‘When people show you who they are, believe them the first time.’ She said, ‘Babe, your problem is you have to be shown 29 times.’ So, I see a lot of people who have to be shown 29 times, who have a lack of discernment for things that appear to be obvious. Character is very much a defining matter in everything that you do. To be able to say because you behaved a certain way doesn’t [reflect] who you really are, that’s just wrong.”

Genevieve Nnaji Back In The Studio With Flavour and MasterKraft

“In terms of optimism within our own country, I think what’s exciting is this moment in our political history, in our social engagement. It’s really opened a lot of people to the fact that they have a voice, and it’s gotten people involved in ways that they never would’ve been before.” 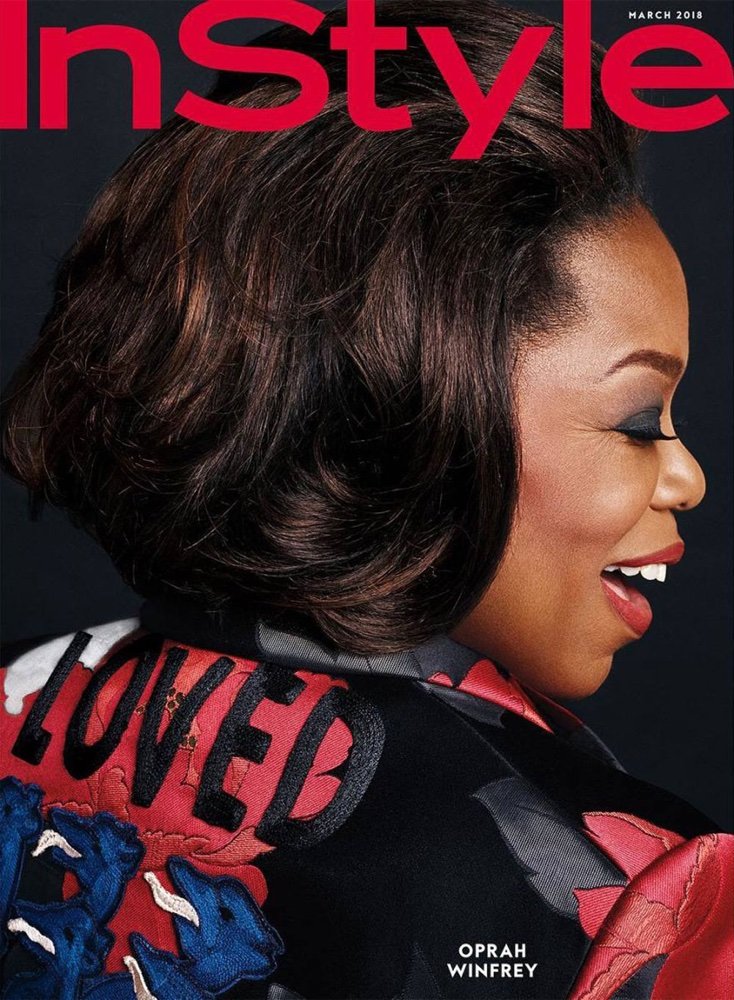 “If scientists can find a way to make pasta a zero-point thing [on Weight Watchers], that would be heaven on earth for me, but that’s not going to happen.”

Photos of Davido with His New Girlfriend, Chioma At A Club

“I always tell people when somebody who’s loved you on earth is gone, it’s natural to grieve. But you can also leave just a little clearing for the spirit of them to abide with the spirit of you, to give you strength.”

Check out the full interview here.